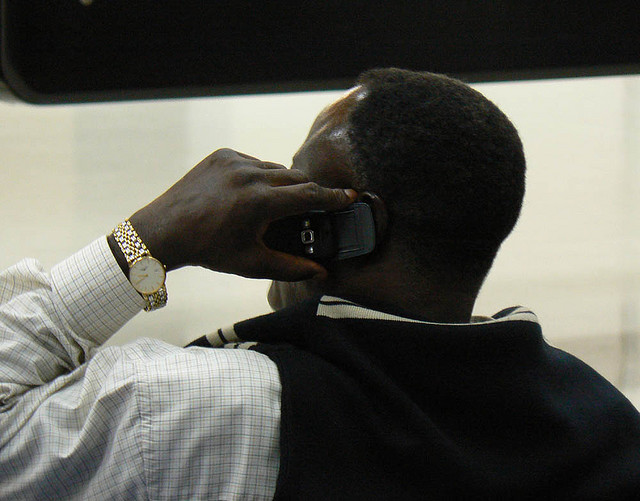 Just when you think that we’re pretty tech savvy, companies like Google and Nokia file outlandish “forward-thinking” patents that make you feel like we’re all in a Star Trek episode. In the case of Google’s latest patent, it makes us feel like we’re in a police state.

The patent discusses the technology to analyze the background noise during your phone call and serve up ads for you based on the environmental conditions Google picks up on. Yeah, that’s creepy.

While Google isn’t technically “listening” to your calls, meaning there isn’t someone on the other line listening to your conversation, the fact that the company could unleash technology that monitors our calls in real-time is weird. Here’s some of the information on the patent, titled “Advertising based on environmental conditions”

A pretty basic example of what Google could do with this technology is that it could serve you ads if you’re making a phone call in a place where there’s inclement weather. If Google were to pick up on rain in the background of your call, they could serve you ads for umbrellas.

In addition to this patent including the background noises of phone calls, it also talks about the backgrounds of photos and videos you’ve taken as well. So if you took a picture in the snow, you might be shown ads for snow shovels. That’s not as creepy sounding as the phone call portion, though:

As you know, submitting patents doesn’t necessarily mean that the company will do anything with the technology, however, Google is the undisputed king of online advertising, so I wouldn’t put it past them.

What do you think? Is Google taking our privacy too lightly? Let us know what you think about all of this in the comments.

UPDATE: Our friend Mark Gurman pointed out the similarity of this technology to one that the Onion “reported” on:

UPDATE 2: A Google spokesperson reached out to us with the following statement:

We file patent applications on a variety of ideas that our employees come up with. Some of those ideas later mature into real products or services, some don’t. Prospective product announcements should not necessarily be inferred from our patent applications.

Read next: Check out these never-before seen, stunning images of the Titanic