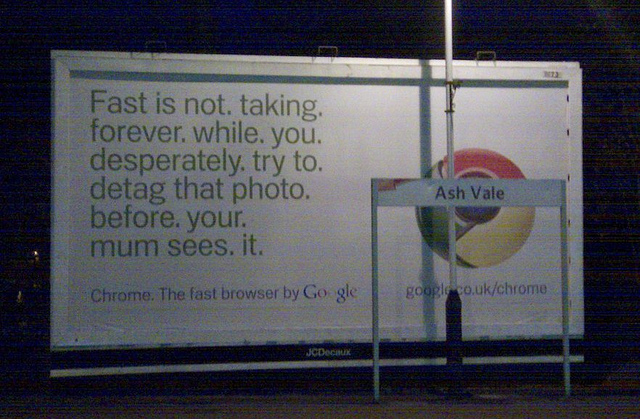 Today, Google has finally released its Chrome browser for Android in a beta version.

It’s been four years since Google Chrome launched for the desktop and the mobile version will finally allow you to sync all of your information for a true seamless mobile experience. Unfortunately, it’s not available to everyone, as this version will only run on phones that have Ice Cream Sandwich.

This is what the team had to say about the release:

In 2008, we launched Google Chrome to help make the web better. We’re excited that millions of people around the world use Chrome as their primary browser and we want to keep improving that experience. Today, we’re introducing Chrome for Android Beta, which brings many of the things you’ve come to love about Chrome to your Android 4.0 Ice Cream Sandwich phone or tablet. Like the desktop version, Chrome for Android Beta is focused on speed and simplicity, but it also features seamless sign-in and sync so you can take your personalized web browsing experience with you wherever you go, across devices.

Here’s a video demo of the beta version of Chrome for Android:

Along with being able to sync all of your bookmarks and browsing information, the Android team says they have “re-imagined” tabs specifically for the mobile device. The app will run beautifully on both phones and tablets, with swipe gestures allowing you to go through the tabs that you have open.

The company made no mention of Chrome becoming available for devices running older versions of its operating system, but I imagine that once the beta period has run a decent course, it should support all Android devices.

Read next: Tumblr Tuesday: What should I put on my Tumblr?