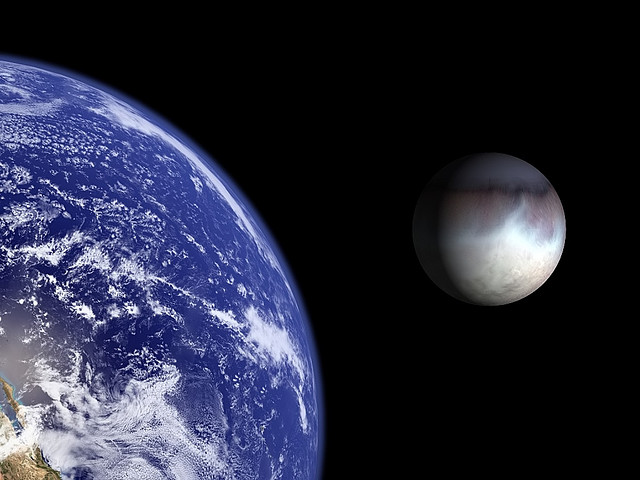 Today, the Google Earth team announced some improvements for its latest version of the the service, 6.2. With the update comes some visual enhancements as well as some social ones thanks to Google+ integration.

Here’s what the team had to say today about Google Earth 6.2:

We’re taking bird’s eye view to a whole new level with the latest version of Google Earth, released today. With Google Earth 6.2, we’re bringing you the most beautiful Google Earth yet, with more seamless imagery and a new search interface. Additionally, we’ve introduced a feature that enables you to share an image from within Google Earth, so you can now simply and easily share your virtual adventures with family and friends on Google+.

The visual updates are quite dramatic as you can see in the below screenshot of a before and after of the Grand Canyon (after being on the right hand side):

Since Google Earth is made up of multiple satellite images, what you see on the app can sometimes appear to be patchy, since it’s comprised of stitched together photos. The team has said it solved that with its latest version by smoothing out the seams between photos. It’s really impressive stuff.

Along with the prettier still photos of locations on Google Earth, the team has done what every other Google property is working on doing, and that’s integrating its social network Google+.

When you are searching for locations on the app, you can then share those screenshots on Google+ in just a few clicks:

Depending on what type of machine you’re running, Google Earth can be a bit of a resource hog, considering that it’s zooming in close to any location you search on. To help you with searching, Google Earth now has autocomplete much like Google’s search engine does now. That will help you find locations easier and skip the headache of spelling streets or venues incorrectly.

The march to socialize all Google products continues under its latest CEO Larry Page, who recently announced that Google+ had hit 90 million users.

Read next: Windows 8 clocks one more milestone on the way to beta