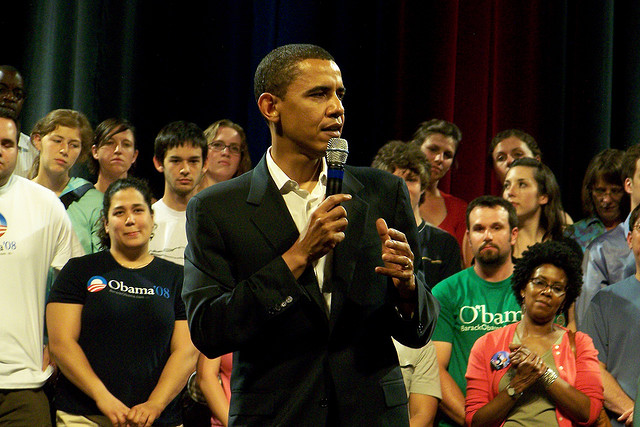 Two days ago, the White House joined Google+. It has announced its first order of business: a post State of the Union Google+ Hangout where you can ask the President Barack Obama your questions, and even become take part in the video chat.

Here’s what the Google+ team had to say about it today:

Exciting announcement: you can now submit your questions for President Obama for an exclusive Google+/YouTube interview at +The White House on January 30th. The President will answer a selection of your top-voted questions, and a few people will even get to join the first-ever Presidential hangout!

While the White House originally suggested that it would hold Hangouts, the fact that your questions can be answered by the President is pretty cool. When you visit the YouTube page of the White House, you’re presented with a submission form to ask your question:

You can then click a “thumbs up” or down on the questions and the ones that end up being the highest rated will be a part of the live Hangout on January 30th at 5:30 p.m. ET. The cut-off for submissions is midnight on January 28th.

This is a first of its kind for the White House, and turns Google+ users into the press corp. If your questions are among those that are voted up to the top, you might get to join the live Hangout with President Obama. In just two days, the White House has been circled by 15,437 users, so it’s safe to say that there will be a number of questions asked during the process.

➤ Your Interview With The President

Read next: YouTube launches OneHourPerSecond to visualize how much video is uploaded each second