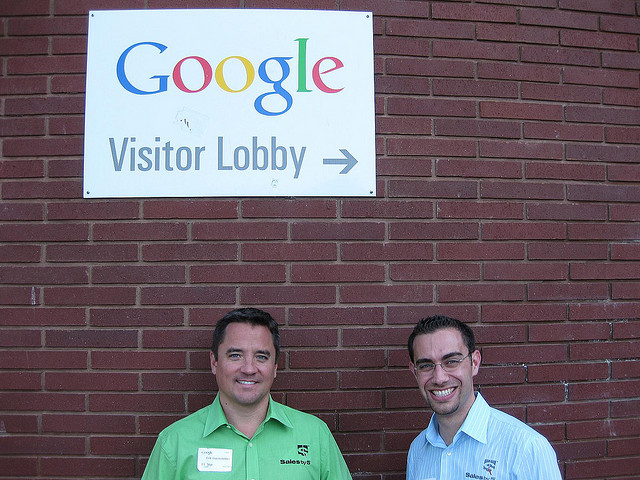 Parts of the Internet are enraged about Google’s newest search feature, “Search plus your world“, which I’d like to say is a god-awful name for a product. Regardless of this weak product naming convention, Google is guilty of one thing, and it’s not an anti-trust issue. The company failed to properly launch a product that has massive implications because it’s confusing as all hell.

It would be nearly impossible to argue the fact that Google employs many smart people, but when it comes to managing communication with its massive community of users, it tends falls short. I really thought things had changed with the launch of Google+, because that team has done a sparkling job releasing new features and explaining them along the way.

But take a look at part of Google’s statement on Monday, when it announced the radical changes to search:

Search is pretty amazing at finding that one needle in a haystack of billions of webpages, images, videos, news and much more. But clearly, that isn’t enough. You should also be able to find your own stuff on the web, the people you know and things they’ve shared with you, as well as the people you don’t know but might want to… all from one search box.

Whether you consider me to be a smart person or not, that last sentence is about the most confusing thing I’ve ever read from a big company. Let’s read it again:

You should also be able to find your own stuff on the web, the people you know and things they’ve shared with you, as well as the people you don’t know but might want to… all from one search box.

Is it just me, or is Google really bad at explaining things? Whether Facebook and Twitter results were shown alongside Google+ in this new release, it’s still a clumsy product announcement.

When you’re bad at explaining things, you’re forced to go on the defensive. After the fact. For example, Google’s Matt Cutts took to his own blog with a post called “Sharing a search story“. In it, he describes his wonderment and delight of finding photos of himself when searching for a social game that he has played at tech conferences. After explaining his experience, he says:

I suspect as more people take Search plus Your World out for a test drive, they’ll quickly experience similar magical “Aha!” moments like I did.

Why wasn’t this “story” a part of the Search plus your world product announcement? This is just poor execution in my opinion. Steve Jobs was fantastic at showing you a problem and then of course providing the answer with Apple products. It’s as if you wanted to shake his hand for making your life better as soon as he unveiled something, simply because he told you why you needed it beforehand.

Similarly, Facebook did a really good job explaining its Timeline product during the f8 conference, and whether you like the product or not, what it is was completely obvious by the time everyone hand their hands on it.

I’m not sure why Google can’t do this with its products, especially one as important as search. Whether I like the product or not, I can turn it off and so can you. Unfortunately, I can’t turn off the fact that Google releases products like it’s never talked to another human being in its existence.

If these changes to search do cause issues for Google, business, legal, or both, perhaps it will learn that doing something radical to something that we use everyday and then going on the defensive later gets you nowhere in the hearts and minds of loyal users.

“Search plus your world” denotes that my world involves nothing but Google products. This is not the case, thus making the product name hollow for me from the get-go. Having said that, I still don’t think this will get Google into hot water legally, it just makes them look bad.