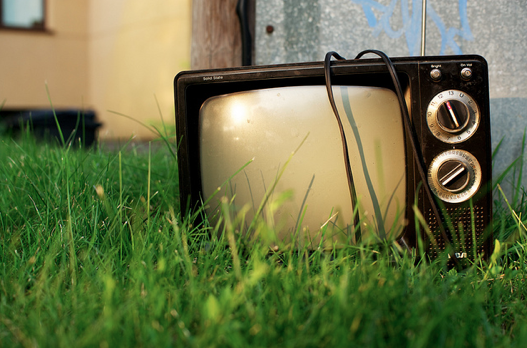 According to a survey conducted by Nielsen in the United States, YouTube continues to be the reigning king of online video, with over 130 million unique US visits in November alone. YouTube’s closest competitor in unique visits is VEVO, the prominent online music video site, which came in at just under 43 million.

Most impressively, however, is the fact that YouTube appears to be steaming 13 billion videos every month in the US, which sharply contrasts Hulu’s #2 spot at 819.5 million. Only two years ago, YouTube was streaming 5.5 billion videos per month, and has since grown over 200%. We can only imagine how much potential it has for future growth, especially as online video becomes more and more accessible.

Youtube’s move to spend $100 million on original content should also help it become a more popular place for quality programming, instead of being a permanent destination for adorable kitten clips. Additionally, Youtube’s advertising plans for 2012 should help it become a significant source of revenue for Google in the coming years.

Nielsen’s study also found that Netflix viewers spend the most time watching videos (an average of 10 hours and 43 minutes), while YouTube users only viewed an average of 3 hours per month. More stats include Yahoo, which came in as the #3 most popular site video destination in unique views. Facebook, coming in at #4, is quickly catching up to Yahoo, with over 30 million unique views.

Overall, Nielsen concludes that the average person in the US watches over 5 hours of online video a month, totaling to nearly 22 billion streams. We speculate that this number is much higher for anyone that has ditched their TV completely for online video, a popular option for many as video services continue to grow and mature. 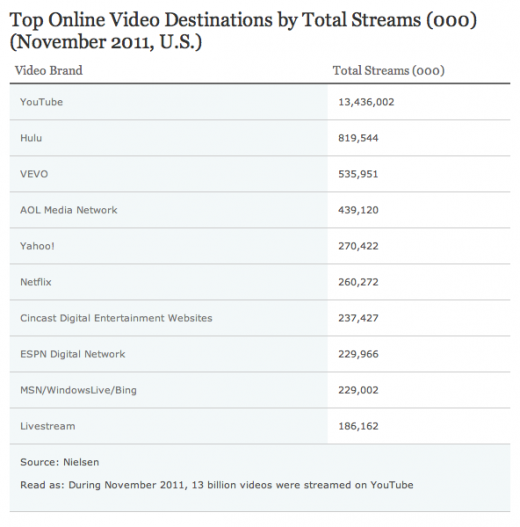 How much video do you watch per month? Does any video competitor have a chance against YouTube? Let us know in the comments below!

Read next: Scribr preserves your social media posts, turning them into a beautifully printed journal