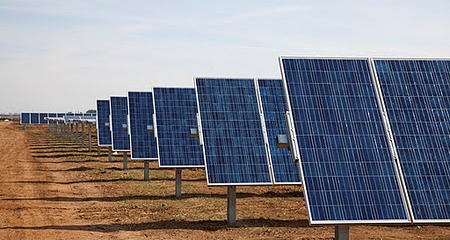 Google has announced that it has made a fresh $94m investment in four solar photovoltaic (PV) projects being built by solar developer Recurrent Energy, near Sacramento in California.

This means Google’s portfolio of so-called ‘clean energy’ investments comes to more than $915 million. Google is seeking to speed up innovation and development in green energy projects, and through Google.org, Google Ventures and Google corporate investments, it has already invested in early-stage companies such as Makani Power and Potter Drilling. It has also invested in utility-scale projects, which are designed to contribute significant amounts of renewable energy to the electricity grid.

“We’ve already committed to providing funding this year to help more than 10,000 homeowners install solar PV panels on their rooftops”, says Axel Martinez, Assistant Treasurer, Google Treasury. “But this investment represents our first investment in the US in larger scale solar PV power plants that generate energy for the grid—instead of on individual rooftops. These projects have a total capacity of 88 MW, equivalent to the electricity consumed by more than 13,000 homes.”

The investments are being made alongside investment firm KKR and Recurrent Energy itself. Google will provide a $94 million equity investment, whilst SunTap Energy, a new venture formed by KKR to invest in solar projects across the US, will provide the remaining equity.

Read next: Pen.io is now probably the most minimalist blog platform on the Web