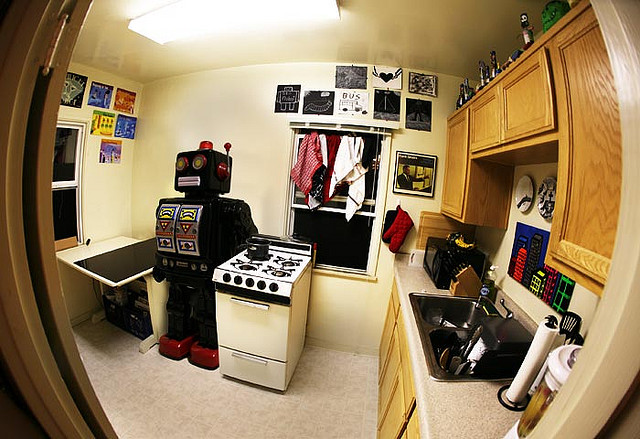 Popular dining recommendation app Alfred has helped us make decisions on where to eat based on places that we already enjoy. Today, Alfred and its team joins the ranks of Google.

When we talked to Clever Sense CEO Babak Pahlavan, he told us that its app would eliminate the need for a search query. I don’t think that Google is getting rid of the search box anytime soon, but Pahlavan’s point about mobile search made total sense.

In an acquisition that will strengthen Google’s ability to help its users find places close to them for deals and perhaps check-ins, Clever Sense had this to say on its site today:

Today, we are excited to join Google and start a new chapter in curating the world around us! Together with the Google team, we will accelerate our efforts toward this shared vision. Google helps local businesses connect with potential customers, and its worldwide presence can bring the value of Clever Sense to a much larger audience.

Discovering local information is extremely important to both users and businesses, and the acquisition of Clever Sense will benefit both.

The journey has been nothing short of incredible. Our vision has only become bigger, and our commitment stronger. With Google and Clever Sense working together, our entire team looks forward to building more intelligent, serendipitous and magical services!

Alfred and Clever Sense’s technology actually fit in nicely with what Google is trying to do with its Android, Deals, Places, and now Schemer platform. Having just launched Alfred on the Android platform, Google is now ready to do battle with Apple and Siri.

Read next: Microsoft has released SkyDrive apps for both Windows Phone and the iPhone