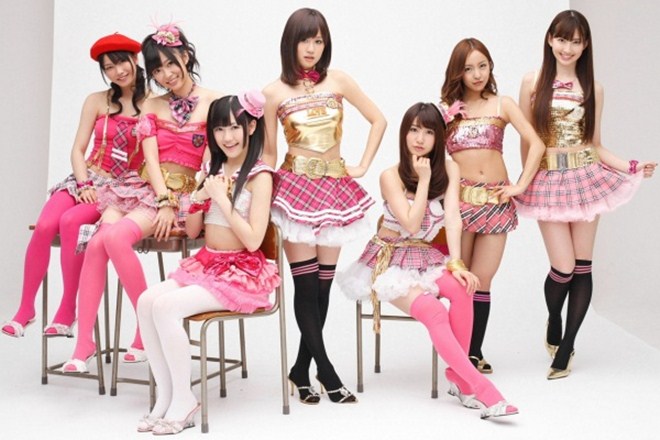 Google has announced a link-up with Japanese super-band AKB48 that will see the all-girl-group begin using its Google+ social network to interaction with their fans in the country and overseas.

The move is being excitedly heralded by Google as a key step to raising awareness of the new social network in Japan, where social media — and Twitter in particular — are hugely popular communications channels.

Following the agreement, which was announced today on Google+ (of course), the girl group now has its own Google+ page where all 48 of its members, and more than 200 others from sister groups SKE48 and NMB48 can be perused.

In order to explain the significance of this partnership, it is important to understand a little more about AKB48’s popularity in Japan.

The band is a fusion of marketing and music, as this Neojapanisme article explains in some detail, with the girls chosen and dressed (often as schoolgirls) to appeal to male audiences. The marketing behind the band is incredibly effective too. For example, all girls are voted in (and out) by anyone who buys one of their records. This has seen them sell millions upon millions of releases, often in consecutive weeks, and it gives their fans a greater sense of involvement with the group.

The popularity gives the band huge visibility and commercial opportunities, as AdAge outlines, AKB48 is almost certainly “the world’s largest pop band”, and not just in terms of numbers of members:

They perform daily shows at a theater in Tokyo’s geek mecca of Akihabara that are so popular the tickets are sold by lottery. An oh-so-Japanese blend of sweet and sexy, innocent yet suggestive, the girls from Teams A, K, B and their members-in-training sell not only bubble-gum pop but also products ranging from coffee to “cram” schools — specialized courses that help students meet specific goals, such as gaining entrance to university.

The band’s most popular video — which is unlikely to be suitable for work as it involves a number of lingerie-clad band members pillow fighting, we kid you not — has racked up more 55 million views, and the group has made good use of YouTube to reach out to grow its audience, once again giving fans a sense of involvement.

Given the huge popularity of the group, which Google describes as “the Beatles + American Idol + the Spice Girls + Justin Timberlake”, Google+ is going to get an awful lot of exposure, particularly given the way AKB48 is planning to use the service.

The band’s management is eyeing Google+’s Hangout feature as a chance to give fans a closer than ever relationship with their idles. Starting soon, one member of the band will hangout on the service and talk to fans each day, until all members of AKB48, and its sister bands, have used it.

Unlike many social networks which pay celebrities to endorse their platforms in Asia — for example Tencent Weibo in China — neither the band, nor its management, are being paid to use the service, instead they are taking advantage of it and its possibilities to increase contact with consumers.

Here’s what Bradley Horowitz, who heads up Google+, had to say on the significance of the news:

They’ll be using Hangouts on Air to broadcast their concerts… they’ll be regularly scheduling Hangouts to interact with their fans. Each of the stars will have their own profile, and AKB48 themselves will have a +Page…

It remains to be seen if AKB48’s sister groups in Indonesia and Taiwan, JKT48 and TPE48, will follow suit and use Google+, but there is no doubt that today’s news has cranked up visibility of the social network a whole load.

Can it challenge Twitter in Japan? That’s another story.

Read next: OnLive brings its cloud gaming platform to iOS and Android devices