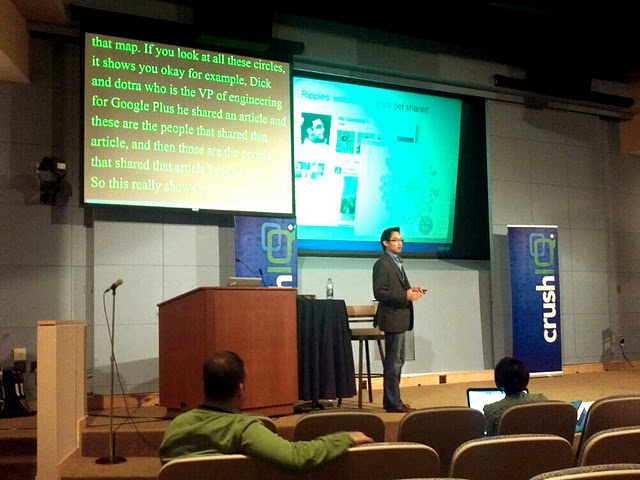 Google+ geeks, hold onto your hats. The platform is reportedly slated to undergo major renovations in 2012, most of which were revealed by Google Head of SEM/Platform Channel Partnerships, Tae Kim, during his keynote at CrushIQ on Google+ Pages for Businesses.

According to Kim, Google+ will look very different in six months after it becomes better integrated with the entire suite of Google products. Additionally, several of the achievements early Google+ adopters have been able to accomplish through the platform — including meeting new people and connecting users with those they might already know — have been claimed as intentional use of the network by Google.

Besides taking credit for general platform usage trends, Google had more interesting updates to share with the CrushIQ audience. Along with the above, here’s what you’ll be able to expect from Google+ in the near future.

These notes come from Carter Gibson, a Marketing and Events Intern at the Kogod Center for Career Development who attended the keynote. Apologies for any minor inaccuracies.

Though I haven’t been able to surface a recording of the conference myself, I’ll definitely be keeping an eye out and plan to keep you updated. Until then, check out this photo Gibson was able to grab from the event.

Read next: Apple names Levinson Chairman and Iger to the Board, Both had History with Steve Jobs