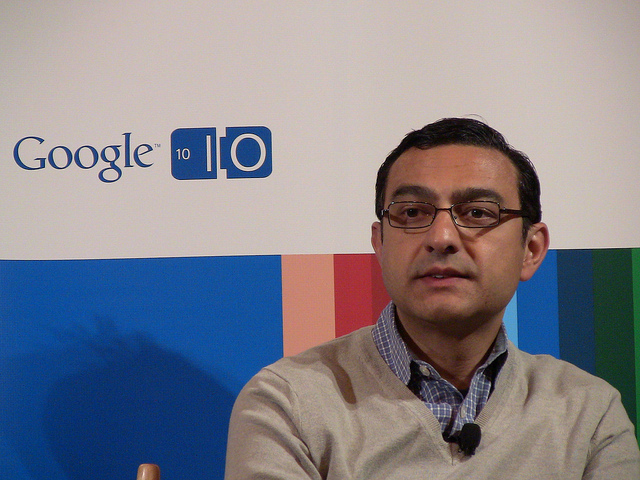 Today, Google announced that Google+ will be showing users “What’s hot on Google+“, as well as letting you see how a post has been shared with a new feature called “Google+ Ripple”. The new features will be rolling out to users today.

We think Google+ should get better every time you use it. It’s not enough to obsess over community feedback (which we do); we also need to surprise and delight you with constant improvements (which we also try and do). Today’s no different, so we’re rolling out four new features in four different areas.

This is a big step forward for Google+, which has been a never-ending stream of data with no real way to bubble up what’s important. Google has also become proficient at creating videos for all new features and upgrades, which you’ll see demonstrated below.

Other than watching re-shared posts with a lot of +1’s fly by your Google+ stream, there’s no real way to indicate what has been shared the most on the platform. Google has changed all of that today, with “What’s Hot”.

Google+ users share and receive billions of items every day—on a wide range of topics, in nearly every country. Circles give you a personal lens on all this activity, helping you focus on updates from your family or your favorite celebrities. But sometimes you want to know what the world is so excited about. Whether it’s breaking news or beautiful photos, you just don’t want to miss anything. With this in mind, we’re launching “What’s Hot” on Google+, a new place to visit for interesting and unexpected content:

The company posted a video about following hot posts on Google+:

Google said this about a new feature called Google+ Ripple:

There’s something deeply satisfying about sharing on Google+, then watching the activity unfold. Comments pour in, notifications light up, friends share with friends (who share with their friends), and in no time at all there’s an entire community around your post. We want to help people re-live those conversations—both to rekindle that initial excitement, and to learn how posts flow across the network. That’s why we’re launching Google+ Ripples: a visualization tool for public shares and comments.

To get started, just find a public post that interests you, and select “View Ripples.” From there you can replay its activity, zoom in on certain events, identify top contributors and much more. Google+ Ripples is still experimental, so let us know how we can make it more informative and more awesome:

This is a pretty drastic upgrade for Google+, as until now, the only way to find posts that interested you was through its search function, or when your friends re-shared a post. We know that Google has the capabilities to show trending topics, as we saw with the World Series post last week.

The company didn’t stop there though. In bolstering its “Photos” product, it has released a “Creative Kit”.

Google is clearly watching the companies around them. It’s not enough to just host photos, people want to add effects and have fun with their camera rolls. Google+’s creative kit lets you do just that. Cropping and editing isn’t enough, so now you’ll be able to add “filters” to the photos that go into your stream.

Nothing tells a story like the perfect picture, so it’s only natural to want to make yours really, really, really, ridiculously good-looking. Unfortunately, photo editing is too often a chore, requiring specialized software and lots of patience. We want to help everyone put their best photo forward, so today we’re introducing the Google+ Creative Kit, a fast and friendly way to make powerful edits to your photos.

Now you can add that vintage feel to your vacation photos. Or sharpen those snapshots from the family barbeque. Or add some text for added personality. With the Creative Kit, all you need is an idea:

It’s really nice to see Google utilizing the services of Picnik, which it purchased last year.

These changes not only make the Google+ platform a better experience for users, it also provides features that may help you find hot posts faster than a service like Facebook Newsfeed can.

The company also announced today that Google+ is now available to Google Apps customers. That means you’ll be able to use Google+ at work and create circles of your colleagues and teammates.

Read next: Using Google+ for Google Apps? Your admin has access to all of your data