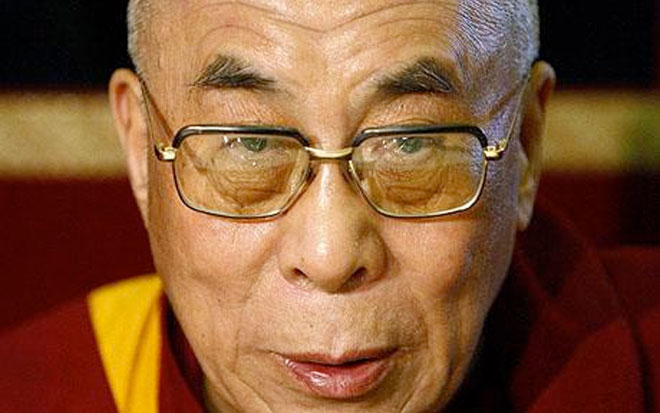 While I would normally refrain from reporting on any sort of celebrity appearances — and Google+ seems to have had a lot of them lately, promoting the likes of Will.I.Am, Felicia Day etc on its front page — I believe I can make an exception this time around. This is the Dalai Lama and Desmond Tutu we’re talking about here.

“His Holiness the Dalai Lama will have a conversation with Archbishop Desmond Tutu by live video over a Hangout as part of the Inaugural Desmond Tutu Peace Lecture in Cape Town, South Africa, on October 8, 2011, starting at 10:30am South African time (GMT+2.00). A link to the Google+ Hangout will be available approximately 20-30 minutes before the event begins.” 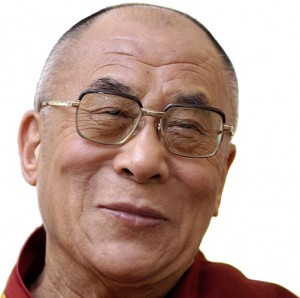 Here’s the thing. The Dalai Lama would not be on Google+ right now if it were not for the difficulties he’d been having while attempting to reach Desmond Tutu’s 80th birthday party being held today. Just a few days ago, the South African government refused to act, for the second time in a year, on a visa application for the 52-years-exiled leader of Tibetan Buddhism.

Tutu, a South African activist and retired Anglican bishop famous for his leadership through human rights and relevant causes, was apparently furious over the matter, his anger directed towards the South African government for denying his longtime friend the trip. Many are speculating that the South African government is bowing to pressures from China, its largest partner in trade. But while several have gathered in protest of the Dalai Lama’s dismissal, it seems there is only one thing His Holiness can do.

This video below was posted to the Dalai Lama’s page on Google+ with the caption, “Greetings from His Holiness the Dalai Lama on the occasion of Archbishop Desmond Tutu’s 80th birthday on October 7, 2011.”

The video presents an intimate greeting from the Dalai Lama to his long-time friend, Desmond Tutu, in which he apologizes for the difficulties of being unable to make the trip. He goes on to speak of his profound respect for Desmond Tutu, citing such qualities as his morality, ideals and ability to carry hope on through to the younger generations. On having to cancel his trip to South Africa, the Dalai Lama stated, “I’m quite sad.”

In the absence of being able to meet in person, a Hangout will be held for the two to convene digitally over the web. The official Google Twitter also posted this update inviting Google+ users to come to the Hangout on October 8 at 10:30 AM South African time (GMT +2.00):

Again, the information on the Dalai Lama’s page reveals that a link to the Google+ Hangout will be available approximately 20 – 30 minutes before the event begins. You can also find this update on the Dalai Lama’s official Twitter page which he has had since 2010.

You tell me: Will you attempt to join the Dalai Lama and Desmond Tutu in a Google+ hangout? How do you feel about the two meeting over modern technology? Weigh in below.

Read next: This week's most talked about social media tools: Special YouTube edition