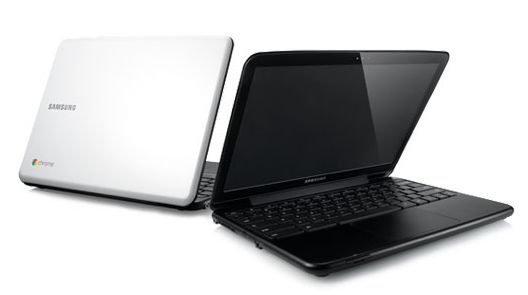 Google’s Chromebooks have been on sale since back in June, but thus far they’ve only been available to buy online. But as Huffington Post reports, the Currys and PC World store on London’s Tottenham Court Road is now selling the machines to in-store customers too.

A Chromebook is a lightweight, portable laptop that runs on Google’s Chrome OS. It is pretty much entirely browser-based, meaning that all files are managed in the cloud. They can also be launched from ‘off’ in around ten seconds.

“It’s the most revolutionary laptop on the market and as the leading electrical retailer in the UK we are thrilled that our flagship store has UK exclusivity to showcase this new technology to our customers. We have dedicated staff who have been specifically trained in using the Chromebook to demonstrate all its unique benefits and features to customers.”

Google announced its new line of laptops back in May, starting with a range of Samsung and Acer Chromebooks which shipped from June 15th. In the US, Chromebooks have been on sale online through Amazon, BestBuy and TigerDirect, whilst in the UK they’ve been available through Amazon and PC World. Elsewhere in Europe, they’ve also been available in Germany, France, Italy, Spain and the Netherlands.

Read next: Facebook changes coming fast and furiously, Company pages now say who has worked there