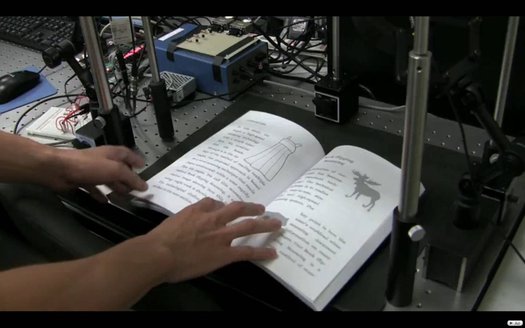 Google has resolved an outstanding legal dispute with French publishing house La Martiniere Groupe and agreed a deal to start scanning the company’s copyright protected out-of-print works, signing one more in a number of major deals with a French publishers this year.

Google will now allow La Martiniere to sell books using Google’s eBook platform, sharing revenues from sales between the two companies that is set to benefit writers and readers in the country.

In 2006, La Martiniere initiated a legal dispute with the search giant for scanning books for its digital library project, arguing that it violated copyright law without the publishers’ permission. In 2009 was forced to pay French publisher 300,000 Euros and stop scanning the books.

Following the decision, Google signed deals French publisher Hachette Livre to resolve similar disputes. The deal was seen to set a precedent for how publishing companies across the Europe could make money via the digitalization of books under their copyright protection but were no longer sold in stores.

Read next: Why don't you buy a jet fighter?