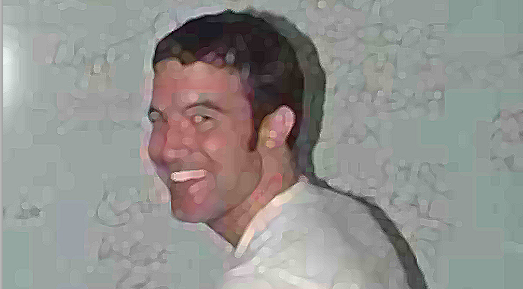 There’s been more than a few “Google+ is doomed” articles as of late.

After the initial rush of delighted surprise that G+ didn’t suck, the second wave of journalists have arrived. This group — who mostly don’t understand G+ — have indicated that they see no future for Google’s new baby. Mostly, these critics don’t understand that G+ has a public, Twitter-like component to it. This new school of G+ critic seems to only see one side of G+ — its private side — and then concludes that because “their friends” aren’t rushing to join G+, no one ever will. When forced to confront the facts (i.e. the number of G+ users), one Forbes writer even opines “Google Plus is a failure no matter what the numbers may say.”

These writers are really missing something crucial. Unlike, every other competitor in the social networking space, G+ has a unique advantage: google.com, youtube.com, blogger.com, and gmail.com. These four domains are some of the most trafficked in the world. Everyday, they’re accessed by roughly 80% of all Internet users. (Ok, I made that up, I’m to do the research, but you get the point.)

Why does this matter? Because at the top of these four humongous websites there is, or will be, a little black bar and a little red notification indicator.

Like many folks, you may have signed up for G+, poked around, didn’t see much, and went on your merry way. Your friends weren’t using it, so why bother? You had the typical second-wave journalist experience.

If we were talking about socialnetworkxyz.com, that was designed to unseat Facebook, that would be a good point — you may never return, end of story. But with G+ that’s not likely to happen. First of all, Google does want to take market share from Facebook, of course. But it also wants to take market share from Twitter. G+’s Twitter-like aspirations combined with their big-4 domain / notification-reach makes all the difference.

Let’s go back in social networking history a bit, to 2006 when MySpace was dominant and Facebook was small. Did Facebook launch to the world and try to take away MySpace’s audience all at once? No. FB grew by capturing one small market at a time. At first, it was one University at a time. Once they’d cornered that market, they moved to community colleges. Next was high schools. Then they invited companies to create company-specific networks — all Apple employees, or all Google employees. This strategy did a few things for FB — it allowed them to create small, tightly networked groups of fanatical users that became evangelists. Those users “stuck with the program” because all their friends were there. That’s necessary, of course, in a social network that’s about communication with just your friends.

Now take Twitter. When the 140 character wunderkind launched in 2006, it was only used by tech nerds. Just one community, that knew each other by name, if not in person. Then John Mayer signed up. Now there was two communities. The tech nerds, and the John Mayer fan club. Then there was Diddy. Suddenly Twitter was of interest to people who liked hiphop & rap. One celebrity at a time started to build sub-communities on Twitter. And make no mistake, Twitter went out and recruited them. Like Facebook, they realized that to gain scale in the social networking space and take mind share from others, they needed to target sub-communities. But unlike Facebook, these communities were not built around your friends. In fact, it doesn’t really matter if your friends are using Twitter at first, because the communities there are largely built around interests.

Now back to Google. Like Twitter, G+ is going to keep growing as it attracts one niche community after another. Perhaps by happenstance, G+ has currently gathered together a network of three kinds of tech nerds: early adopters (general nerds), Google fanboys (who knew there were so many?!), and “Facebook fed-ups” (people that don’t like Facebook for one reason or another). (Note: Because the media seemed to portray G+ as a Facebook replacement, the Facebook Fed-Ups joined G+, but from what I can tell, they’re really using G+ like Twitter and hoping some day they can use it like Facebook.) And of course these three examples aren’t the only communities on G+.

A nascent photographer community is already forming — G+ is on the way to becoming a place for serious photographers to engage with “regular folks,” taking away market share from Flickr and other smaller photo sites. Gradually, we’re starting to see a group of people who like Twitter in theory, but are less satisfied about the way it works in practice (no in-line media shares, 140 character limit, no easy discussion framework). Robert Scoble and Mike Elgan are the most vocal of these types of users. And of course just like Twitter, we’re going to see certain celebrities choose G+ as their platform of choice, and they’ll bring their audience with them. Rose McGowan did a Hangout (video chat) on G+ this week. Can you imagine what pandemonium would break loose if Justin Bieber did that? OK, that’s too mind blowing.
(And at present, G+ is limited to users over 18.) Let’s say Taylor Swift does a Hangout (and she is, already, a G+ user). The point is, G+ is going to attract small subgroups. And that will continue to happen as long as the G+ platform is differentiated from Facebook Fan Pages and Twitter.

Why Do Sub-Groups Matter So Much?

Because unlike a private-oriented social network (Facebook), a public network like G+ (with its Twitter side) doesn’t require that your friends join for it to be useful and engaging. All it requires are frequent posters or “content creators.” Right now, the most important “feature” of G+ is the community itself — people like Robert Scoble, Guy Kawasaki and Trey Ratcliff who are posting interest content there. (Have you ever heard the stat that 5% of Twitter users create 75% of the content?) G+ doesn’t need you to have a critical mass of your friends or users in a certain area to be interesting (that’s Color’s problem). And Google doesn’t have to do what many other competitors in this space would or will do, which is make direct, concerted attempts to capture small niches/subgroups of users all at once. Because G+ is a potential “Facebook replacement” that also has a Twitter side, G+ will continue to grow & grow and as a critical mass of your friends start using it, you’ll then be able to use it in a more Facebook-y fashion.

Put another way, G+ basically is a combination of Facebook & Twitter. That’s what makes it different. It serves both purposes: private communication among friends, and public shouting to the world. Right now, most pundits declaring G+ dead seem to think that if their Facebook friends aren’t on it, then its game over for G+. It’s easy to see why they think that. The truth is, as a private network, G+ is greatly lacking. It’s no surprise that people aren’t leaving Facebook to hang out with their close friends on G+ right now. G+ just isn’t designed very well for friend-to-friend communication. And in the beginning phases, that’s not really a weakness. There’s little chance entire networks of friends are going to jump ship from Facebook and join G+ all at once. That’s why G+ is concentrated on the “Twitter side” of its service. In fact, I’ve seen many people say they’ve left Twitter behind in favor of G+.

Why You’ll Use It Eventually

While perhaps all social networks need to capture subgroups of people to chew away at the core of more dominant players, Google’s massive scale — both the attention the brand receives — and the domains it owns: google.com, youtube.com, blogger.com, and gmail.com — have given Google a weapon no one else has: the power of accretion, via that little black bar and red notification. The constant reminder this black bar/red notification provides, means that Google+ doesn’t need to have high engagement numbers from all its users in the beginning. Day by day, one key person after another will find that they enjoy the G+ platform more than its competitors. They’ll start posting and then the ball starts rolling.

You may not use G+ today. But someone you know is. It may be your friend from work, it may be your favorite photographer, blogger, or rock star. You may not think to go G+ to share a funny news story or photo. But someone you know will. And when you’re minding your own business checking your Gmail or doing a Google search, you’ll see that little red notification box. You may choose to send an email to share something with your five closest friends, but one of your friends won’t. Your friend will use G+ and you’ll be forced to visit the G+ site to look at the content. While you’re there on G+, you may just notice that your notification bar shows there’s even more posts & content waiting for you. It may take you 2 months or 2 years, but gradually you’re going to get pulled into this site, whether you want to be a user or not.

That’s why Google+ doesn’t have its own distinct domain like “Orkut.com” — Google’s growth strategy and master plan is that Google+ will just be a part of everything you do on Google’s collective websites, which means it’s connected to more than half the things you do on the Internet. And if the black bar & red notification across the world’s most popular websites weren’t enough, remember also that G+ is part of everything Google does as a company — which includes Android phones (now bigger than iPhone), Google TV (which I’m guessing Google is going to double-down on) and maybe, someday, even Google self-driving cars. If the cars drive themselves, that leaves you more time to play on Google+. Now of course I’m a joking a bit here, but keep in mind, when Steven Levy asked Vic Gundotra if G+ was a “bet the company project,” Vic answered, “I don’t know how you can look at it any other way.” I think that means going forward we should expect to see G+ as part of everything that Google does, or ever will do.