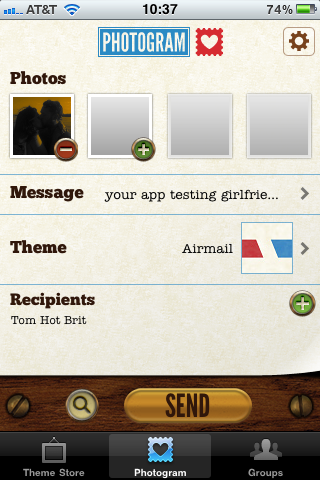 Google has today updated its Google+ app for iOS to support the iPad and iPod touch, two devices that the app would previously not install on. The new update does not bring an iPad optimized interface, but it does deliver additional settings for Huddle, aggregated circle add notifications and performance and stability improvements.

The Google+ interface looks decent, but predictably pixellated when run in 2x mode on the iPad. It’s definitely usable but significantly worse looking than the same app running on the iPhone. It will be nice to finally get a true iPad version of the interface at some point.

The updated settings to Huddle include the option to hide a particular huddle and the ability to mute a huddle. There has also been a minor change that allows you to say ‘no thanks’ to a huddle, rather than just blocking the person or agreeing to the huddle. This is a much-improved behavior.

As a note for those running the iOS 5 beta version of Apples iPhone and iPad software, you’ll be happy to learn that the latest version of Google+ for iOS does not crash on entry to your Stream or profile.

You can grab the update now by visiting the App Store or updating the existing app on your iOS device.

Read next: Apple sued over OS X fast boot, could be tied to Android patent war