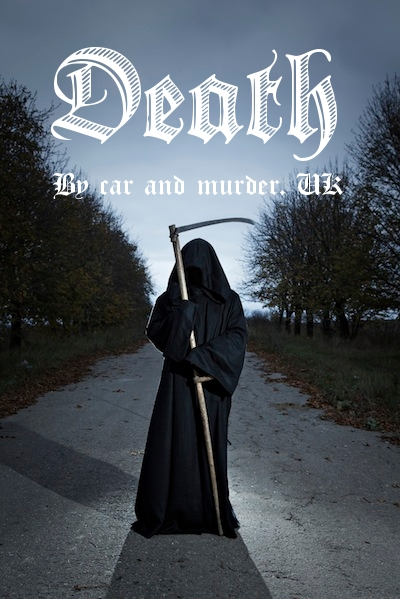 Google+ has taken off like no other social network before it. While it’s still in ‘limited field trial’ mode, it’s already being seriously considered as a contender to take on Twitter and Facebook. Journalists already use both those networks to great effect. Could Google+ see similar usage?

Some journalists have already started experimenting with Google+ as a way to share, discuss or source news. Here are a few examples:

So, what makes Google+ an appealing journalistic tool? Benjamin Cohen tells me that the combination of speed, ease of use and the way it encourages discussions makes it potentially very powerful. “If you take the example of the statement Rupert and James Murdoch were refused permission to give at the (UK government) Commons Culture, Media and Sport Select Committee, News Corporation released that to the press and I had it up on Google+ within twenty seconds of receiving it. If I had put it on the Channel 4 News website, it would have taken a lot longer – I’d have had to wait for the content management system to load, and perhaps had my article checked by an editor before it was published,” Cohen explains.

“The feedback is better than Twitter too,” he continues. “While I might get a lot of replies on Twitter, it’s difficult for others to see the full scope of the conversation because they can’t necessarily see what others are saying. Google+ may lack brevity, but it’s better for discussion.”

Cohen adds that Google+ is also useful for identifying where mistakes might have been made. Users being able to ‘+1’ comments as well as posts makes it potentially easy to see where a particular commenter might have an important point that needs addressing. Additionally, there’s the potential to easily identify new leads for stories amongst the comments – leads which may be lost on Twitter as retweets can quickly push them off the Mentions stream.

Facebook has made a concerted effort of late to encourage journalists to use its platform in their work. There are definitely strengths to Facebook as a reporting tool, not least access to its 750,000,000 active users. However, while he admits Facebook is a much greater driver of traffic to news websites such as the Pink News site he also runs, Benjamin Cohen sees Google+ as offering a number of advantages despite its current small user-base.

“Being able to edit mistakes is an important thing – you can’t edit something you’ve posted to Facebook once it’s published, you have to delete it and then all the comments and likes are lost too. On Google+ you can edit as you go. If you write something inaccurate on Twitter or Facebook, it’s difficult to deal with, but posts on Google+ can be edited for accuracy as needed.” Cohen has also built a larger audience on Google+ than his professional Page on Facebook. At the time of writing, his Facebook Page has 752 ‘Likes’, while he’s in 1,364 people’s circles on Google+.

Not everyone sees Google+ as the future…yet However, not everyone sees Google+ with such a rosy glow. Anthony DeRosa, the Social Media Editor at news agency Reuters, tells me that he finds it currently has too small and specific an audience to be useful as a mainstream journalistic tool.

“It’s good for discussion, sort of like the old school BBS (Bulletin Board System), but morphed with the Facebook wall,” says DeRosa. “It’s mostly full of tech and media people so it’s a bit too insidery to really spread across many topics. It tends to be a bit geeky and not mainstream enough to be interesting beyond the topics that my media and tech friends care about. Our readers want to know about a wide variety of topics and Google+ just doesn’t have diverse enough an audience yet to get into them. I’ll go to Google+ as my last social media platform, usually when I am trying to kick back a bit and have time to read more and respond in a longer format.”

While DeRosa uses Twitter as his go-to social network (“It’s a signal and a way to gather more information by way of sources, be it a traditional journalist or just someone who happened to be in the right place at the right time.”) and sees Facebook as attractive due to its audience size and the ability to create “a slightly more personalized space”, he notes another service as worth considering – Tumblr.

“Tumblr actually, in my opinion, gives a journalist the most creative platform to really personalize their space completely,” says DeRosa. “Brian Stelter and CJ Chivers are two really great examples of that. There are countless other journalists there, I’m actually surprised they don’t yet have their own Vadim Lavrusik (Facebook’s Journalism Program Manager) type person at Tumblr. They’re missing a great opportunity there to really help get journos what they need. Mark Coatney is the closest thing they have to that. While he was with Newsweek, they were the first mainstream media publication, along with BlackBook, to make a splash on Tumblr.”

How Google+ can improve its offering to journalists

Both Benjamin Cohen and Anthony DeRosa have practical suggestions for how Google can better serve journalists with its social network.

Cohen notes that television journalists like him may use it in a different way to online journalists due to the fact that they don’t necessarily have to worry about driving traffic to their websites and can instead use it to break news in a way that may help surface new leads to use in their TV reports. This is an argument borne out by Sarah Hill’s successful use of a Hangout to cover the Norwegian tragedy, as mentioned above. However, Cohen notes that official short URLs to profiles are essential so that TV shows can direct viewers to Google+ to continue a discussion.

For DeRosa, meanwhile, it’s all about scale and Google playing to its strengths by integrating its other services. “Until they have as many (users) as Facebook, it will be a niche that (journalists will) use last and focus their attention where the most eyeballs are. The level of feedback and engagement at Google+ seems high, despite much lower numbers than Facebook, so that’s in their favor. I think Google should try to do something interesting to tie together what a journalist has on Google News and create some custom feed just for that journalist that they can somehow pull into their profile.”

Meanwhile, on his Google+ profile yesterday, DeRosa made a pertinent observation in light of the events in Norway. Google+ lacks a proper search function and the convenient tool that is the hashtag. “I Love Google+ but it doesn’t hold a candle to following #Oslo news today. I woke up and didn’t leave TweetDeck pretty much the entire time. Google+ will be great to discuss it at some point but for fast breaking news and stories, Twitter is and always will be king.”

The future of Google+ lies with the user-base it develops and how those users choose to use it, but early experiments show that it’s certainly getting off to an interesting start as a way to source and report stories. Still, it has a long way to go to seriously challenge Twitter.