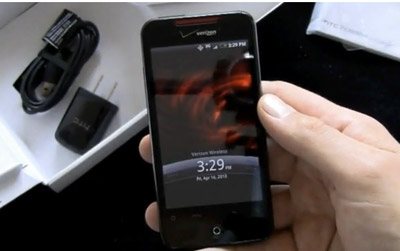 Ann Althouse is US law professor who, since 2004, has written a blog commentating on everything from law and politics to popular culture. She’s never been shy about giving her opinion.

In the aftermath of Ann Althouse giving her ‘objective’ analysis of the Wisconsin protests, she complained that her entire Google-hosted blog had been brought down. She even set up a second Blogger account for “if Blogger ever shuts me out of my usual place”.

So, some have argued that Ann Althouse’s anti-Administration stance has led to her site being brought down.

By some, I’m referring here to Patterico in particular, a pseudo-anonymous commentator who had openly criticized Google for its handling of the Althouse situation.

He notes that he, his guest blogger Aaron Worthing plus a number of other people who had criticized an anonymous moderator on a Google.com support thread were subsequently locked out of their Gmail accounts. And all had been asked to supply their cell phone numbers to help gain access again.

Patterico also recorded a thread on Google Help where Ann Althouse was seeking help to get her blog up and running again, and this moderator went by the pseudonym of Nitecruzr.

According to Patterico, one of Nitecruzr’s powers lets him/her flag people’s Google accounts as spam. Something which apparently happened on this occasion to a number of users who had waded into the debate to support Ann Althouse.

Now, it’s really difficult to know what has happened here. On the one hand, Ann Althouse is an open, well respected blogger and, moreover, a law professor. The fact that her blog was pulled after her stance in defence of the Wisconsin protesters may seem a little odd.

And the same goes for Patterico and the other folk who were locked out of their Google accounts after criticizing a moderator on Google Help.

But what are we supposed to deduce from all this? Everyone is looking at this case thinking that Google has pulled the plug on anyone it simply doesn’t like. And if that is the case, we should all be very afraid.

However, political bloggers are likely to have many enemies – in the open and in the shadows. Maybe her account was hacked and someone did start spamming from it, which thus caused Google to take it down.

As for Patterico and Co., it sounds like they really got on the wrong side of Nitecruzr who was acting on behalf of Google.

It’s really difficult to say what has actually happened here. The Internet is global (pardon my truism), so Google can’t employ millions of staff to help manage all its products, so it does have to rely on the community to help moderate and support, so perhaps it needs to monitor its moderators a little more closely.

And perhaps more importantly, maybe people shouldn’t rely on Google to host all of their services? If Google does decide to pull the plug on your Google account for whatever reason, then you do lose everything – Gmail, Docs, Reader, Blogger…you name it. At the time of writing, Ann Althouse’s archive is still down, though she is posting again from her main account. It will be interesting to see how this one pans out.

Google has responded to these claims, and has sought to clarify some of the concerns raised. An official spokesperson told The Next Web:

“Top contributors’ only additional privileges are the ability to delete posts in the forums – which Nitecruzr did not do in this instance – and escalate posts of a technical nature for the Google team to investigate further; for instance, when Blogger was experiencing issues last week, top contributors could escalate posts from users who were experiencing related problems, which was the case for Prof. Althouse. We are looking into the issue of folks’ Google accounts being flagged, and again we’re very sorry for any inconvenience.”

“We’re deeply sorry for the inconvenience to Prof. Althouse. As we have said on our blog and communicated directly to Prof. Althouse, last week during scheduled maintenance we experienced data corruption that impacted Blogger’s behavior. We’ve been working as fast as we can and making progress restoring all remaining posts. As of yesterday evening we have restored all posts for the vast majority of Blogger users, with the exception of some blogs with a lot of content that are taking a little longer. We’ll provide an update and full incident report as soon as everything is back to normal for everyone.”

It’s worth noting that Ann Althouse did have over twenty thousand blog posts dating back 7 years, so it seems that her blog is taking slightly longer to restore than other blogs that were down. And Google also confirmed that it was “reviewing nitecruzr’s privileges on the forums following this incident.”

Read next: Paid Android Apps Available for Some MENA Users