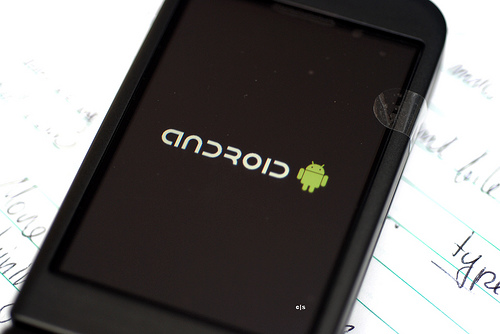 The report, which takes into account smartphone subscribers over the age of 13, puts RIM at the top of the smartphone platforms with a 33.5% market share over the three month period – it did however find its market share drop 4.1% from 37.6%.

The figures show that both Apple and Android continued to claim BlackBerry’s market share, both posting growth when the Canadian company felt a significant fall in subscribers. This was largely due to the success of Samsung’s Galaxy S Android range – the company posted 4 million sales of the smartphone in the US alone last year.

Of the 61.5 million people in the U.S that. owned smartphones by the end of November, Samsung accounted for 24.5% of the devices, growth of just under 1%. LG’s share dropped slightly but the manufacturer continued to hold onto second with 20.9% of the market, a slip of just 0.3%. In fact the only manufacturer in the top 5 that saw its smartphone market share grow in that period of time was Samsung.

comScore also notes that 67.1% of U.S mobile subscribers used text messaging, with over a third of users (35.3%) using a mobile browser. Subscribers who used downloaded applications amounted to 33.4% of the smartphone audience, rising 1.1%.

Of course when figures like these are reported, it’s very easy to run away with how successful Android is and how Apple is failing to match its growth. Considering three of the top five smartphones manufacturers in the U.S utilize Android, compared to the single figure of Apple, its easy to see why Android keeps gaining in popularity. Apple will no doubt be aware of the statistics but it will, without a doubt, be happy with how its smartphone is performing in the market.

Read next: Grindr: (Probably) Not Your Father’s Geosocial Network