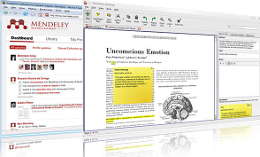 Editor’s Note: Edward James Bass follows developments in the emerging world of cloud-based music production on his blog Audio Silver Lining. In this post he looks at Google’s Chrome OS – will it herald the dawn of a new way age in music making?

With the release of Google’s new cloud-based OS now firmly on the horizon, it’s probably a wise time for all technology vendors and manufacturers to look to their products and ponder what the future may hold.

In the case of music tech, I’m hopeful that the emergence of this new OS and its likely popularity amongst heavy web users is going to cause developers and vendors to start focusing their efforts on cloud-based solutions – something that they have yet to seriously do to this date.

Benefits of the cloud

It’s not just down to the possibly permanent departure for some users from Windows and OSX either – there is a massive benefit here in terms of preventing the piracy that has dogged developers of music software for the past ten years – simply because by offering solutions via the cloud, they can control access to it and implement subscription-based or even freemium services which are likely to be more attractive to users than purchasing this often expensive software outright.

The purchasing options here aren’t the only benefits for customers either since cloud based music solutions offer much more for musicians and producers who are looking to collaborate, share their tracks via social media and also potentially work from mobile devices. Its also widely believed that HTML5, as well as further developments to Adobe’s Flash platform, will soon allow web based music tools to provide the same functionality as their PC & Mac based siblings and possibly even offer an enhanced experience since much of the actual computing is no longer being handled locally.

As you’d expect for tools that need to work in real time, the cloud currently has its drawbacks – the most pertinent being latency and the no doubt real concern that the kind of compression needed is going to seriously affect sound quality. Hopefully however they can draw some inspiration from platforms such as Soundation and Scratch Audio, both of which have confirmed that web based audio can work well over even a relatively standard broadband connection.

Perhaps the first real indication of what’s coming was the recent inclusion of the purely Web-based sequencer Audiotool in the Chrome store, which hopefully means that it will be available instantly to any aspiring producers who purchase a ChromeOS netbook in the new year. Its a positive sign and the first real indication that music tech won’t be getting left behind in the age of cloud based operating systems.

Read next: Apple disables jailbreak detection in iOS, tells nobody.