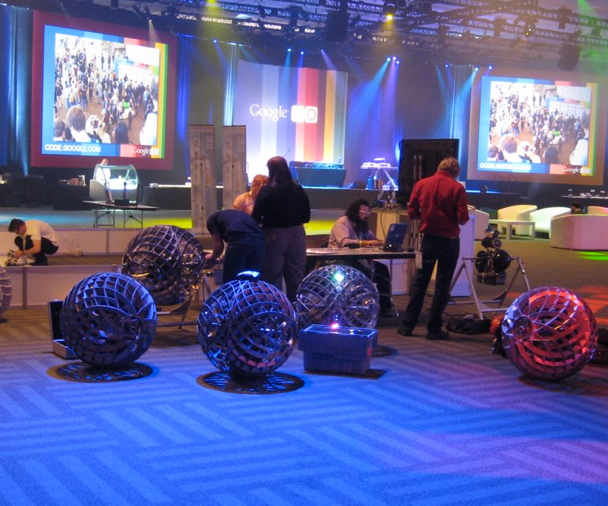 We’ve waited to see the results from Google’s Chrome event for the past few days. Of course, there have been lots of talks about what could be announced today. The Chrome Web store, which we’ve talked about in the past, has been raising a lot of questions. Of course, we’ve also questioned Chrome OS.

It’s worth noting though, that none of this would be available without the Chrome browser. So what’s coming up for Chrome? Brian Rakowski from Google walks us through the changes, all of which have a focus on speed. With updates to PDF rendering, Google Instant in the browser and now WebGL, the Chrome team has been hard at work.

The Chrome Web Store hopes to solve the issue of discovery, as well as making certain that developers can get paid. Granted, Google will also  be making its own cut of the profits. With a demo of the NPR web application, a user can add NPR items to a playlist, then play them while they continue browsing elsewhere. Sports Illustrated, another of the web apps, gives a rich look at photos and stories.

Of course, with the popularity of games, the Chrome Web Store is ready to roll. Purchasing games and then installing them appears to be simple, using Google Checkout and then installation similar to a plugin. With applications running from child’s games to more advanced, there appears to be a wide variety available.

Another example comes from the New York Times. With differing browsing views, there are great ways to read headlines, read via priority and even look through the day’s pictures. The application appears to be optimized for touch, but worked well with traditional navigation.

Another touted feature of the Chrome Web Store is the ability to quickly take applications and transfer them to HTML5 very quickly. EA games demonstrated its Poppit application, which it claims to have built in 48 hours to be ready for the Web Store. Poppit will be embedded in the new release of Chrome 9, and it is able to be acquired today from the web store.

The Chrome Web Store will be available today at http://chrome.google.com/webstore — Launching with 500 applications, anyone on Chrome should be able to browse, buy and discover what it is that we’ve been waiting to see. We’ll be digging in once it goes live, and we’ll let you know everything that’s worth noting.

Read next: 'Tracking Protection' coming to IE9 to keep the average consumer safe