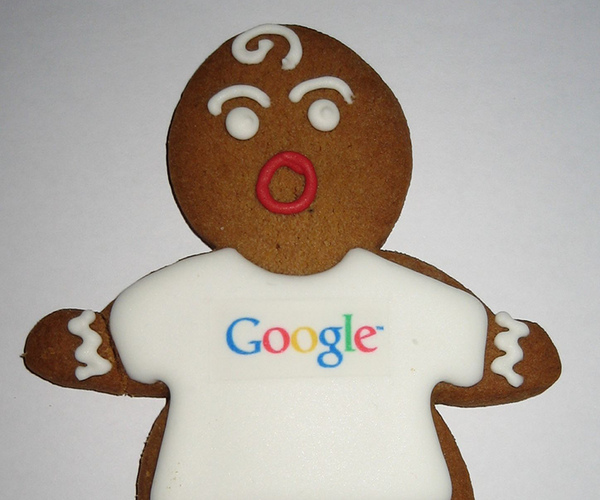 We speculated that today would be the day, and here it is. Google has officially launched Gingerbread, the latest version of its Android operating system and the much talked about Nexus S handset.

So what has Google packed into this Samsung-built handset, the sequel to the eleven month old Nexus One?

It sports a 4” Contour Display that Google says is designed to fit comfortably in the palm of your hand and along the side of your face. It’s rocking a 1GHz Hummingbird processor, front and rear facing cameras and 16GB of internal memory.

As recently announced by Google CEO Eric Schmidt, it supports NFC (near field communication). This is short-range wireless technology that can be embedded into everyday objects and can be used for, among other things, paying in shops with your mobile phone.

As with the HTC-built Nexus One before it, Google worked closely with the manufacturer to create a “pure Google” experience with this phone. You’ll find no Samsung proprietary ‘enhancements’ to Android here.

The phone is being launched first in the US on December 16, followed by the UK on December 20. Unlike last time, with Google’s failed experiment in online-only sales for the Nexus One, the Nexus S is available in bricks-and-mortar stores from the off. In the US it’s available unlocked or with a T-Mobile service plan online and in-store from Best Buy and Best Buy Mobile stores. In the UK, Carphone Warehouse and Best Buy will be stocking the handset.

There’s no word about availability beyond the US and UK as yet.

The Nexus S is being launched as the flagship device for the latest version of Android, Gingerbread. What does this bring to the party? Google’s promising interface refinements, NFC support, a new keyboard and text selection tool, Internet (VoIP/SIP) calling, improved copy/paste functionality and gyroscope sensor support.

There’s no word as to when Gingerbread will hit older Android devices, but if 2.2 FroYo is anything to go by, many users could be waiting quite a while.