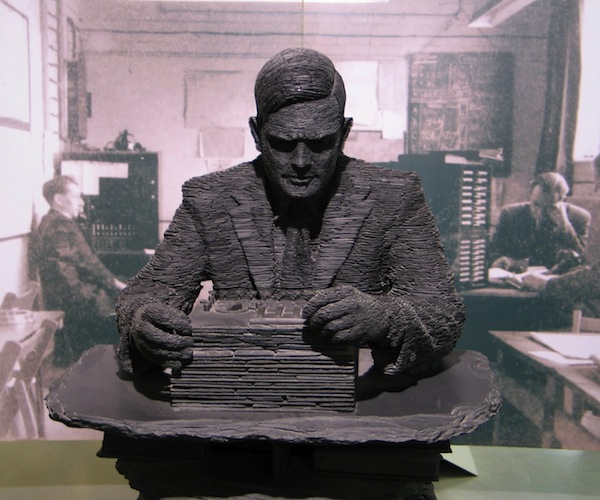 A report on Twitter is saying that Google has donated $100,000 to Bletchley Park to help them in their campaign to buy mathematician Alan Turing’s papers which are to be auctioned at Christies today.

I spoke to Christian Payne (aka @documentally), blogger and long time supporter of Bletchley Park who had this to say about Google’s donation.

“It’s a wonderful gesture from Google. They can obviously see the importance of choosing Bletchley Park as the home for such important & inspiring documents. If other benefactors follow Google’s example then the papers can be enjoyed by all. If the documents are snapped up by a private buyer, who knows if they’ll ever be seen in public again.

Bletchley Park and the code breakers work is something that should be studied, remembered and shared by everyone so that we can remember this important time in history.”

Unfortunately, the donation may be too little too late.  When Bletchley Park supporters contacted Christies the auctioneers about allowing them to make an offer on the papers before the auction, in the interests of keeping these historic documents at the museum, they received this response.

At this late stage, Christie’s would only consider withdrawing the lot from sale if the appeal were to make a serious offer. This would have to be at the high estimate, £500,000, and any offer made would be subject to Christie’s buyer’s premium (25% of the bid price up to and including £25,000 and 20% of the excess of the hammer price up to £500,000).

Bletchley Park, or Station X, was the top secret World War Two headquarters of the allied code breakers where the German Enigma codes were cracked by a team of mathematical geniuses, the most famous of which was Alan Turing.  The site is also now recognised as the birth place of the modern programmable computer, with the Colossus, being built there towards the end of World War Two.

Bletchley Park was allowed to fall into disrepair by its previous owners.  Since the site’s true history was revealed, it has been turned into a museum to the code breakers as well as becoming the home to the National Museum of Computing as well.

The Bletchley Park Trust who run the site have had an ongoing battle to raise funds to stop the deterioration of the famous huts, originally built as temporary workspaces during the war.  They and their supporters have been very active utilising social media to advance their cause.

Read next: News Corp acquires Wireless Generation. Is education the only goal?