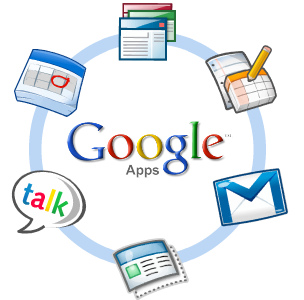 Google announced this morning that there are now ten times more applications available for Google Apps customers. In fact, they’ve released over 60 applications for their Google Apps customers which we’re previously only available to consumers such as Google Voice, Blogger, Picasa and Google Reader, demonstrating the “consumerization of IT.” The decision was made in reaction to customer feedback on Product Ideas, a site Google uses for exactly this purpose.

According to Google, “As customers begin to recognize large productivity gains with Gmail, Google Docs and the rest of Google Apps, they frequently ask when they’ll be able to use services like Google Voice, Reader, Blogger and AdWords with their Google Apps accounts. We’ve steadily added new functionality to Google Apps and recently added support for third-party apps, but we’re thrilled to swing the floodgates of new functionality wide open now. Starting today, customers worldwide can access a full spectrum of services from Google—including more than 60 productivity-boosting applications that extend far beyond any traditional software suite.”

The new service also gives administrators the tools to be selective about which users have access to which apps.  For example, a company could equip their marketing team with Picasa Web Albums to  collect and share photos from events, or let the marketing team write the company’s blog with Blogger. According to Google, existing customers will transition over the next couple months to the new infrastructure, while new customers will automatically have the new infrastructure.

Google is also simplifying the names of the versions of their Google Apps. The new line up is as follows:

Update by Tris Hussey: If this wasn’t cool enough, word is that Google has started pushing out the transition to Google Apps for Domains holders. We’ve all been checking our accounts madly and I drew the lucky straw! Logging into my personal domain account I saw this awesome screen:

The process is extremely simple, just four screens to work through:

I took all the defaults, because I want all the goodies, I also choose to make sure that I moved all my accounts at once (all one of them), for folks that have lots of users you might want to test on your core geeks first. Last thing is that it will take 24 hours for the transition to be complete. We’ll update again when we have the final results.

If you have a Google Apps for domains account, log out and then back into your dashboard and see if you’re as lucky as I have been.