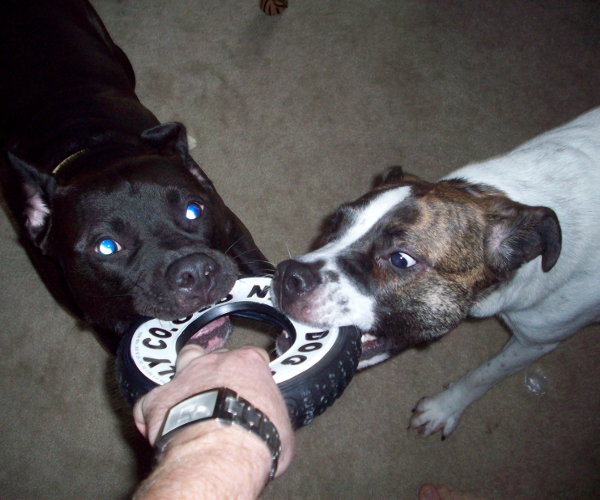 Google has changed the terms of service for its Contacts Data API and Portable Contacts API to require that any service that uses the APIs must agree “leave users in a data dead end.”

TechCrunch, which reported the change in terms, got a statement from a Google spokesperson, saying:

Google is committed to making it easy for users to get their data into and out of Google products. That is why we have a data liberation engineering team dedicated to building import and export tools for users. We are not alone. Many other sites allow users to import and export their information, including contacts, quickly and easily. But sites that do not, such as Facebook, leave users in a data dead end.

So we have decided to change our approach slightly to reflect the fact that users often aren’t aware that once they have imported their contacts into sites like Facebook they are effectively trapped. Google users will still be free to export their contacts from our products to their computers in an open, machine-readable format–and once they have done that they can then import those contacts into any service they choose. However, we will no longer allow websites to automate the import of users’ Google Contacts (via our API) unless they allow similar export to other sites.

It’s important that when we automate the transfer of contacts to another service, users have some certainty that the new service meets a baseline standard of data portability. We hope that reciprocity will be an important step towards creating a world of true data liberation–and that this move will encourage other websites to allow users to automate the export of their contacts as well.

So assuming that Facebook and other sites don’t comply with the new terms of service, Google will seemingly cut those services off for not “supporting data portability.” Without a deal in place with Facebook to gain access to contacts data (as TechCrunch notes that Yahoo and Hotmail have), Google can’t use Facebook data as a way for Google users to find and invite friends into Google services through their connections on Facebook. So Google has decided to take a stand and cut off access to its contacts.

TechCrunch argues that Google may face some backlash for this move because it is being less “open”, but honestly, we kind of see it the other way around. Now, it could be that a random Internet user does not have either a Google or a Facebook account. In that case, if the user signs up on Facebook first, then say, signs up for a Gmail account, that user really isn’t losing anything.

If, however, that user joins Google first and then later joins Facebook and wants to bring all of his Google contacts over, unless things change, Facebook won’t be able to automate the import of users’ Google contacts, making it harder for users to get their contacts into Facebook (Google users can of course still export their data, so they’ll still be able to add their data to Facebook manually if they wish). So, who is that user going to be upset with? Google for making something (the Contacts API) available for any developer/service to use that reciprocates, or will that user be mad at Facebook for not taking the necessary steps to properly implement Google contacts importing and making the process harder? Who would you be mad at?

Of course, the number of Internet users out there that don’t have either a Google or a Facebook account is continually dwindling, but that’s not really the point, is it? The point is that Google wants a level playing field, and it’s taking its (hundreds of millions) of Gmail accounts off the table until it feels the love back.

Note: We made a change to make it clearer that what Google is doing is changing the machine-automated portion of exporting your contacts, you can still export your contacts, but Facebook isn’t going to be able to automatically grab your contacts through the Contacts Data API unless it agrees to Google’s terms)

Read next: Qantas Missed the Mark