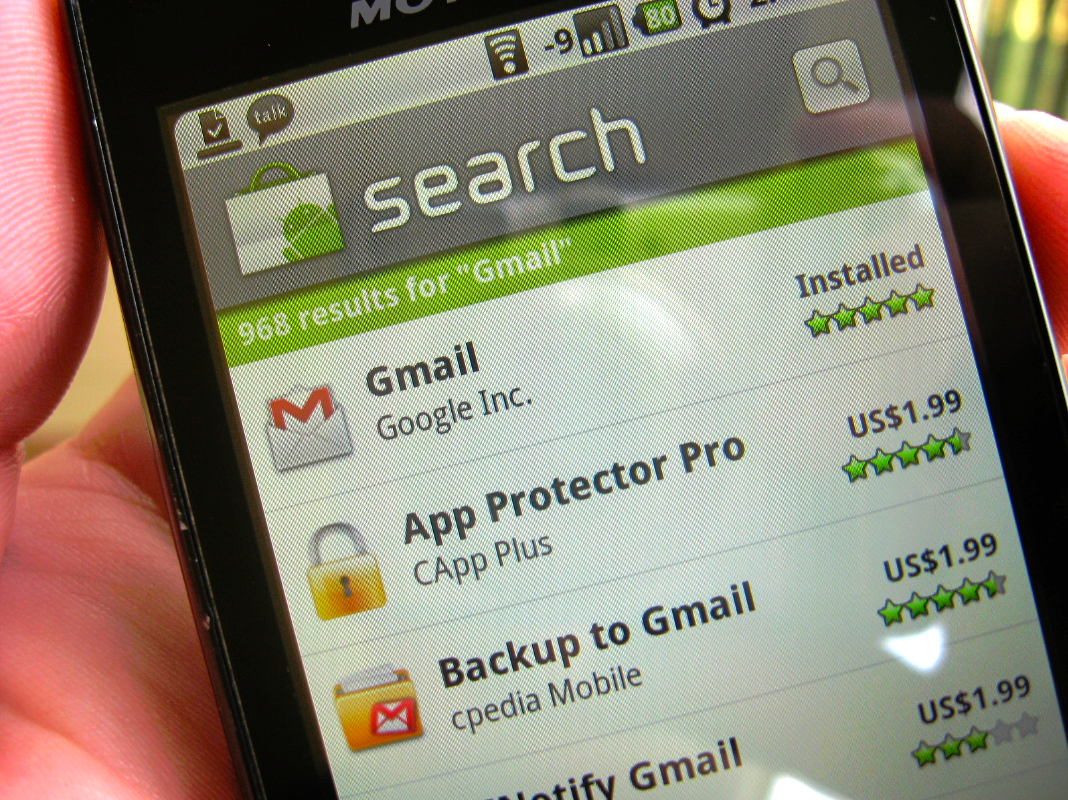 There are really two stories here, so we’ll cover both. Previously, in order to get an upgrade to Gmail for your Android device, you had to wait for your device’s Android OS to update. However, according to the Google Mobile blog, Gmail is now an application to itself that you can update without having to wait.

The newest update brings some great features, such as sticky messages, the easy Star and Reply functions (pictured) and most importantly Android users now have the Priority Inbox label of “Important”. Granted, it’s not full-fledged Priority Inbox, but it’s certainly enough to work with.

Another great feature addition is the ability to tap on “Show quoted text” in previous messages in order to take a look at the context.

There is a caveat to the whole idea of having your Important label on your device. UX designer @deansx brings this to light via his blog:

I want Gmail to know what messages I think are important so that it will include them in the “Important and unread” section of my priority mailbox.  I’ve been dutifully marking / unmarking messages as directed above.  Unfortunately, this training directly conflicts with the new overloaded functionality of the Important label in the Gmail Android app.

Everything that I’ve ever marked as “Important” shows up in the Gmail Android app when I look at the “Important” label.  Even messages that I’ve dealt with, and archived weeks ago.  Here’s the gotcha:  To make the Android implementation usable, I have to mark the processed messages as “not important.”  THIS WILL MESS UP GMAIL’S TRAINING TO RECOGNIZE IMPORTANT MESSAGES!

Ultimately, it brings up the question of how you use Priority Inbox. If you’re like Dean, chances are that you’ll not spend much time with the Important label on your Android. There are other ways to use it, though, so it might still be important to you.

If it is, get to the Android Market and start downloading. The new Gmail requires Android 2.2, so I’m sorry to break the hearts of you 2.1 and previous users. But as for me and the rest of my FroYo friends, we’ll be in Priority Inbox heaven on our mobiles.

Read next: Komentarz do "Internetu Przyszłości"