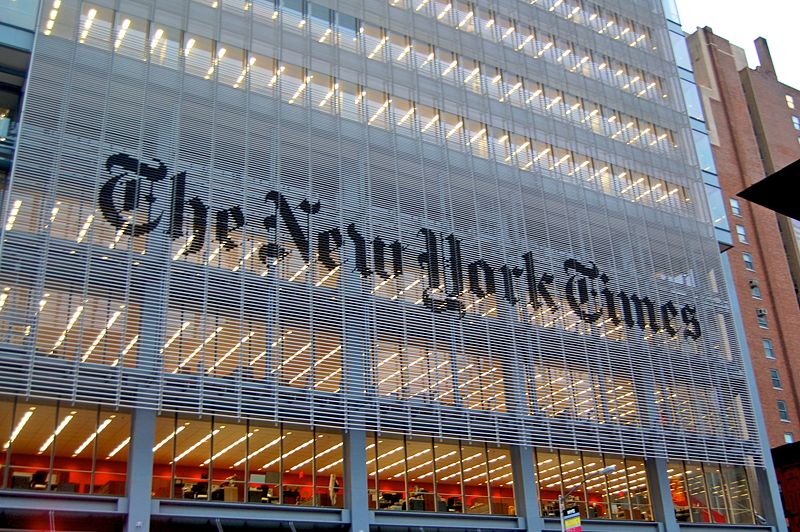 Have you ever read something and been so taken aback by the confusion that it provided that you were certain it had to be sarcasm? That’s exactly the point that I’ve reached with a New York Times editorial piece that suggests that Google should be taken under government investigation for its search algorithm.

As I was reading through this article, a number of points struck me.  I then found it amusing that Danny Sullvan from Search Engine Land was struck by nearly the same points.  Given that he’s a much better resource for the understanding of search than I am, I’ll use his points as the examples of why the NYT is obviously clueless to the business of search.

[It is worthy to mention that Danny has just put out his own take on the ordeal, and it’s a great read.]

The NYT article suggests that Google should have oversight because any change to the Google algorithm could adversely effect a business.  It goes on to say that Google has become such a major part of the search function that it functions as a “gatekeeper of the Internet”.

While I’ll not argue that Google is huge, the points here are hideous to say the least.  The gatekeeper argument, as Sullivan points out in this tweet, was used against Yahoo during the 1990’s.  It failed then, and it will still fail now.

Google is not a gatekeeper.  It is a product that consumer choose to use.  If you don’t like a stance that Google has, or perhaps you prefer the results of another search provider, you’re quite welcome to use something else instead.  At last look, Yahoo! and Bing were both gaining market share and provided quite good results.

Shame on you, New York Times.  I’d expect better.  Nearly the entire argument of the article is based on the idea that the algorithm Google uses should be more open, and therefore also should be open to oversight.

Pardon me, but did you happen to miss a court case where search algorithms and page rank were deemed to be opinionated content and thus protected under the 1st Amendment?

A statement of relative significance, as represented by the Page Rank, is inherently subjective in nature.  Accordingly the Court concludes that Google’s Page Ranks are entitled to First Amendment protection.

Google is a Choice

I’ve said it so many times that it’s becoming a catchphrase for me – people want Google results.  If they didn’t, they’d use another provider.  Time and time again, when I read articles about Google versus any other search platform, I’m amazed at the people who plainly state this very point.

If the NYT wants oversight, then it should be on the search engines that are not providing an equally good product.  Why aren’t they being looked at for screwing their advertisers?

This entire article is a stunning case of old media using new media formats while wearing blinders.  What is being suggested here is nothing short of hypocrisy.  If Google’s algorithm is to have oversight, then the NYT editors should as well.