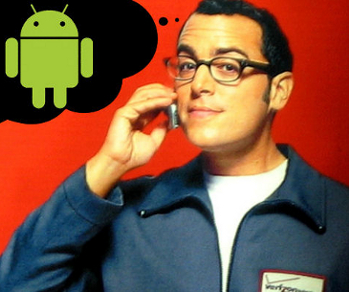 The Wall Street Journal is reporting that Google and Verizon are teaming up to produce and bring to market an iPad killer. Apparently this came from Verizon’s CEO Lowell McAdam.

According to BusinessWeek, quoting a Verizon spokesperson, the tablet will run Android. What kind of 3G deal would be in place – since its Verizon we’re assuming the tablet will have 3G – is unknown.

As we suspected  in March when Google incorporated geolocation into Chrome, Google has been continuing to put the pieces together that would make for a killer tablet device. With over 1 million iPads sold in the first 28 days after it launched – and with Verizon sitting out in the cold while AT&T warms it’s pockets for who knows how long with the iPad and iPhone – obviously these two companies have quite a lot to gain by not only working together, but working against their rivals.

Here’s what the WSJ had to say about it’s interview with McAdam:

Tablets are part of the “next big wave of opportunities,” Mr. McAdam said in an interview. He said the work on a tablet is part of a deepening relationship between the largest U.S. wireless carrier by subscribers and Google, which has carved out a space in mobile devices with its Android operating system.

“We’re looking at all the things Google has in its archives that we could put on a tablet to make it a great experience,” he said.

McAdams and Verizon would not comment to the WSJ about timing around the release. BusinessInsider is promoting the (completely unsupported) idea that Verizon may be just using this as a bargining chip, and of course it that is true it wouldn’t be too surprising. However, as this is coming right from the mouth of Verizon’s CEO himself, and a Verizon rep basically confirmed it to BusinessWeek, it certainly seems to us to be a pretty credible report.

That said, this war for the Internet is merciless, so anything could happen.

Read next: The BBC isn't a fan of Gordon Brown