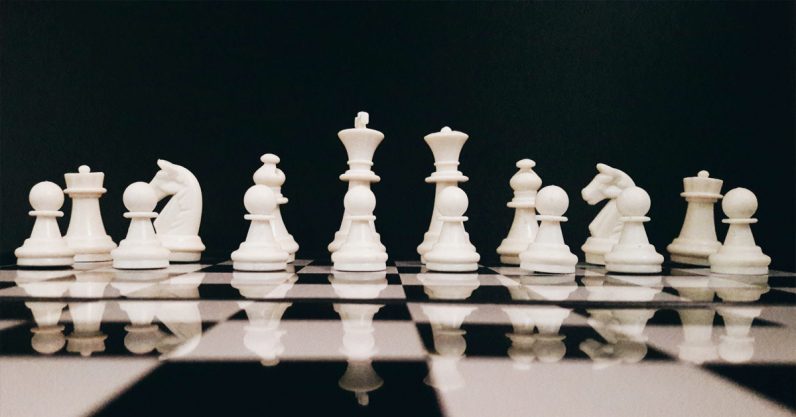 As a global pandemic continues to determine a new normal, tens of thousands of viewers have been tuning in to watch people play chess on a livestreaming website called Twitch.tv. An American chess grandmaster, Hikaru Nakamura, along with a number of celebrities of the video game world, is leading a renaissance in the ancient game.

While viewers eagerly await Nakamura’s streams to begin, they are treated to a slideshow of memes involving Nakamura’s face superimposed into scenes from pop culture. First, a reference to a well-known Japanese animation, next a famous upside-down kiss with Spiderman and finally, Nakamura’s characteristic grin is edited onto the Mona Lisa herself.

From Aug. 21 to Sept. 6, Twitch and Chess.com are hosting a tournament, called Pogchamps, where some of the most popular gaming streamers in the world compete in a chess tournament with US$50,000 on the line.

The current renaissance in chess is happening at the confluence of livestreaming technology, video game culture, and one grandmaster’s exceptional skills as both a chess player and an entertainer. What is emerging is an unexpectedly good pairing between chess and a digital generation that is showing how influential gamers can be.

The game of kings is more popular than ever, with over 605 million players worldwide, and now, memes are involved.

Twitch.tv is a live-video streaming website that was started in 2011 as a platform for users to watch other people play video games. In recent years, Twitch has grown to become the cultural hub of the gaming community. It now hosts tens of thousands of creators who broadcast live to a global audience of around 17.5 million viewers a day.

Since 2015, chess viewership has experienced exponential growth on Twitch. Then, a mere 59 people were watching chess streams at any given time. Today, that number averages 4,313. At the time of writing this, viewers have consumed close to 38 million hours of chess in 2020 alone.

At the helm of this explosion is Grandmaster Hikaru Nakamura. Nakamura is a five-time U.S. chess champion and a top 10 ranked chess player in the world.

In addition to his traditional competitive career, in 2015, Nakamura began streaming chess on Twitch. At first, he was relatively unnoticed, but in 2019, when he started dedicating upwards of 30 hours per week to streaming, Nakamura became known as GMHikaru to his growing fanbase online. In 2020, those fans have already watched an astonishing 9.95 million hours of Nakamura’s channel. At times, over 45,000 viewers have watched a single game.

Why is this flood of interest in chess happening now?

Nakamura is a great player and a jovial person, but there are many thousands of modern, high-production video games being played by charismatic and skilled streamers on Twitch. Viewers on Twitch have discovered a profound interest in learning the fundamental mechanics of a board game from the sixth century.

Nakamura has attracted the interest of other massively popular streamers with millions of followers – xQc, forsen, Nymm and the late Reckful, to name a few. These collaborations with celebrities of the gaming world have been a huge boost to chess’s popularity as Nakamura plays games against these streamers while blindfolded or foregoing the use of the queen. These games illustrate for the new fans and top streamers the skills, cunning, and joy that are rapidly coming to be associated with chess. “Hikaru is literally the discipline in action,” comments Devin Nash, a popular Twitch analyst.

This popularity culminated in a chess tournament called Pogchamps. In June, 16 of Twitch’s top streamers played in a round robin chess tournament after being coached by a number of world-class chess players, including Nakamura. The event was so popular with both the streamers and fans – at one point more than 150,000 people were watching – that a second Pogchamps was immediately scheduled. The second tournament is running through September 6 and features streamers like xQc and even Hafthor Julius Bjornsson – the actor who played The Mountain in “Game of Thrones.”

There are a few pieces involved in this world of online chess: the streaming technology of Twitch, Nakamura, the online gaming community, and the game of chess itself. Just as in the board game, no single piece in this evolving landscape of chess is alone driving the popularity. As Nakamura, gamers and the chess world collide, each piece is changing the others.

My research focuses on understanding the economic and cultural significance of video game communities. This year has proven what many who study video games have long claimed: that online gaming is significant far beyond the confines of video games. Today, music artists are shaking the foundations of their industry by migrating onto Twitch to great success. Doctors and medical researchers as well are strengthening their ties with gaming and gamers: for instance, raising $3.1 million for the Prevent Cancer Foundation in collaboration with Twitch in early 2020.

Beyond these headlines, I focus specifically on how streamers like Nakamura create micro-communities with their own cultural norms and spheres of influence. The strong human connections that develop in these spaces extend beyond the digital world. In the case of Nakamura and chess, the results are new ways of playing chess, a new meme-filled language surrounding chess and, as gamers continue to watch chess in huge numbers, an illustration of how gamers connect with each other and parts of the offline world in meaningful ways.

A clash of cultures

But not everyone is accepting of this cultural shift. Twitch viewers are mostly males in their early 20s and are, in general, a notoriously irreverent bunch. This is partly how they gain the reputation as disillusioned and dysfunctional.

As chess has grown in this community, an established elite guided by a few longtime chess players and commentators see the trend as detrimental to a once noble contest.

Ben Finegold, a prominent U.S. grandmaster, refers to the streamers with whom Nakamura has collaborated as “negative talent.” Unlike a “normal person who has talent” in chess, says Finegold, users on Twitch ought to be ignored lest they diminish the good name of a traditional chess community.

Some at the head of traditional chess, however, disagree. David Llada, the chief marketing and communications officer for the International Chess Federation, acknowledges the damage of insular thinking: “Our main sin is that chess people tend not to think ‘outside the chess board.’ They don’t pay enough attention to the world around them.”

Whatever the old guard of chess believes, this ancient game has found a new, passionate, and receptive audience. A digital generation on Twitch has built bridges between worlds not only for chess but for the musical and medical worlds as well. The memes are here to stay. What is next for online gaming and the game of kings remains to be seen, but neither will likely be the same.

This article is republished from The Conversation by Ilya Brookwell, Assistant Professor of Media and Cultural Studies, University of California, Riverside under a Creative Commons license. Read the original article.

Read next: Look out, AWS and Azure...Google Cloud is coming fast. And now’s the time to learn about it