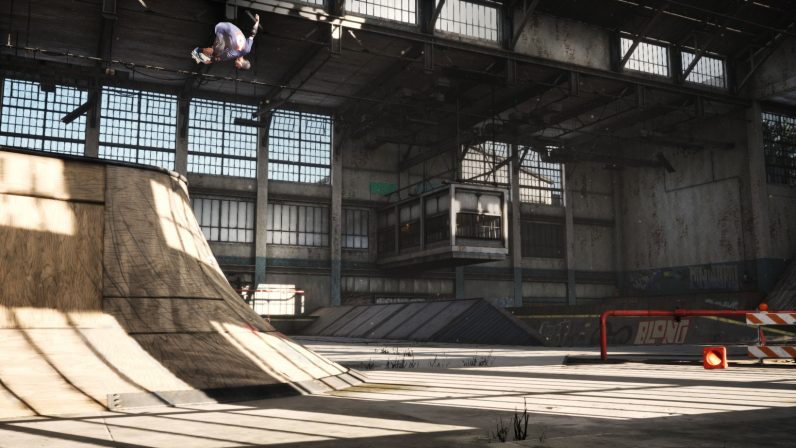 When we talk about the most influential games of all time, we tend to talk about titles like Super Mario 64, Doom, and Street Fighter II. Games that either established genres, or brought them into the mainstream.

But for me, there’s no series more influential than the Tony Hawk’s Pro Skater games.

It all started when the demo for the PC version of Tony Hawk’s Pro Skater 2 was released back in 2000. Initially my friends and I didn’t know what to make of this weird little game, but something about its style, its punk rock soundtrack, and its freeform gameplay reeled us in. We couldn’t stop hopping and grinding around the demo’s Marseille level, discovering new ways to combine our tricks and crafting new lines around the skatepark.

Once the full game came out, it changed my life. Skateboarding was never really something I considered, nor was listening to punk rock, but this game and its soundtrack were so good that I got into both. I never got good at skateboarding, but punk rock stuck around and it formed my youth. It shaped my taste, my views, and my friendships.

Needless to say, I was stoked as fuck when Activision announced it was remastering the original two games.

A previous attempt to remaster the series back in 2012 with Tony Hawk’s Pro Skater HD failed horribly (mostly because it controlled like shit), but I had high hopes after seeing the announcement trailer and learning that members of the original development team were involved with this re-release.

Turns out my faith was justified – this remaster is everything you could ask for.

Tony Hawk’s Pro Skater 1 + 2, as this remaster bundle is officially dubbed, strikes the right balance between old and new. It has all the content from the original two games, including every level, every goal, every skater (plus some new ones), and almost every song from both soundtracks. Three of the original songs didn’t make it, but there are 37 new ones to compensate, including Skepta’s Shutdown.

Yet it’s modernized in every way you want. By default, it has the mechanics of the later games in the series (including reverts, spine transfers, and wall plants), but you can opt to go back to THPS1 or THPS2 controls if you’re feeling nostalgic. Personally, I prefer the modern moveset because it allows for longer combos and gives you more freedom to string moves together, but I’m also looking forward to messing around with the classic controls once I get my THPS playing friends together for some local multiplayer.

Speaking of nostalgia, the original games don’t play nearly as smoothly as you remember them. When the series first came out on the original PlayStation, the console was struggling to hit 30 frames per second. This remaster consistently runs at 60 fps and it makes all the difference in the world, both visually and control-wise.

In general, the graphics are stunning. Harnessing the power of the Unreal Engine, developer Vicarious Visions brought every single level from the original games into the modern era. They’re all both unrecognizable yet familiar at the same time.

I do wish there were some new levels to explore, but with 19 classic levels and a robust park editor, I guess I can’t really complain.

Vicarious Visions added to the original content in some smart ways. The most obvious is the leveling and challenges system. As you complete challenges like ‘land a 50,000 point combo without using special moves’, you earn money to buy new gear for your skater. For the existing pros, you can buy new decks and complete outfits; for your custom skater, you can buy everything from shoes to shorts, trucks, and even tattoos. It’s not anything that’s going to set the world on fire, but it at least gives you a reason to keep playing once you’ve finished all the normal goals.

Another neat new addition is the Speedrun mode, that has you completing all the goals in a chosen level in the shortest amount of time. So the clock ticks up instead of down, and you compete to get the fastest time to grab all the collectibles, hit all the score goals, and so on. It comes with online leaderboards and I can see myself spending most of my solo time with this game trying to get the fastest time on School II.

Unfortunately I only got my PS4 review copy of the game yesterday morning, and I haven’t had the chance to check out any of the multiplayer stuff. It features both online and local multiplayer, supports lobbies of up to eight players and has all the modes you’d expect, so it sounds great on paper and I can’t wait to jump in. I’ll be sure to update this piece if there’s anything worth mentioning, but if I don’t then you can assume it’s all good.

Update (04/09/20): Turns out you can’t create custom games with your friends at the moment. So you can’t make a private lobby and pick levels or modes, the game only has a public playlist that puts you in a random level and cycles through the different multiplayer modes. Developer Vicarious Visions has announced that private sessions will be added in a future update. I hope that update rolls out soon because I’m dying to play some Graffiti with the homies.

Also, the performance in local multiplayer is choppy and not nearly as smooth as the singleplayer modes on PlayStation 4 Pro. We haven’t been able to test the Xbox One or PC versions of the game.

Bringing back something as iconic as the THPS games is no small feat. The shitty 2012 remake is a great example of how easy it is to fuck up a modern reiteration of these legendary games. Hell, even the lackluster later titles in the original series proved that the essence of these games is something that’s indeed precious and hard to nail.

But Vicarious Visions pulled it off. Tony Hawk’s Pro Skater 1 + 2 plays exactly how you want it, has all the content it should have, and comes with some very smart modern additions that make total sense. The bundle retails for $39.99 (or 44.99€), which is a steal honestly.

I could go on and on about how happy it makes me that THPS is back, but I’d rather jump back in, so I’ll leave you with this: if you ever had a fondness for the Tony Hawk games, or skateboarding in general, pick up this game. If you never played any of these games, but are curious about them, pick up this game. It has a very robust tutorial, don’t worry.

And if you don’t care about skateboarding, or THPS, then I don’t know why you’re still reading this, but I feel sorry for you.

Correction September 4: A previous version of this review incorrectly suggested all songs from the original soundtrack made it over to this new release, but there are three tracks missing (Unsane’s Committed, The High and Mighty’s B-Boy Document, and Alleylife’s Out With The Old). We’ve updated the piece and regret the oversight. We’ve also added an update regarding the Multiplayer functionality.

Read next: Newbie or design pro, this RapidWeaver 8 package can be a valuable tool to build website