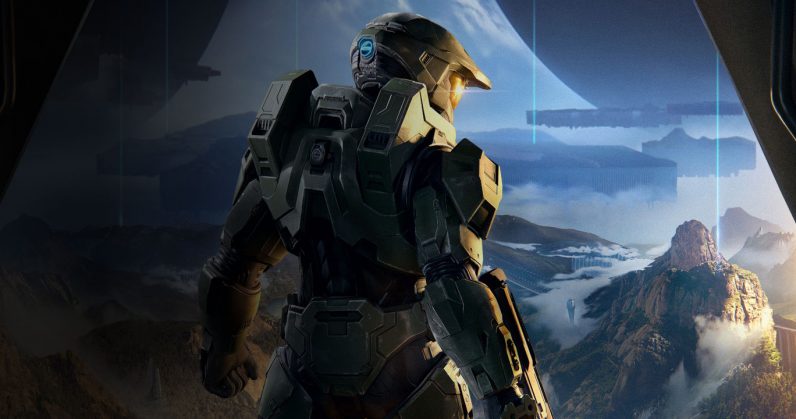 Microsoft today announced it’s going to be showing off games for the upcoming Xbox Series X in a big reveal event later this month, specifically July 23. Fingers crossed we’ll actually see some gameplay this time — here are the games you’re most likely to see at the show.

The only thing we can be sure we’ll see is Halo: Infinite. I know that because the Halo Twitter retweeted the announcement with the words “Get ready,” which is about as clear an indicator as we ever get. Considering it’s been a year since we last saw the game, it’s about time we get a good glimpse at what the latest in Microsoft’s flagship series looks like.

Other than Master Chief’s helmeted visage, what we’ll see is a little up in the air. We do know for certain that some of Microsoft’s first-party studios are working on new games. Rare, for example, revealed last November it’s working on a game called Everwild, which looks absolutely gorgeous and would be perfect to show at the event. My money’s also on Psychonauts 2, given it’s been so long since it was announced, and Microsoft will no doubt want to show that the money it invested in Double Fine was not for naught.

Word is that The Initiative, which has been quietly recruiting industry talent for some time, is working on a big new game to reveal soon. It’s been teased relentlessly by Microsoft, and supposedly is part of a new franchise. That said, there’s been absolutely no word on what exactly this new project is, and my spirit is too beaten down by this year to speculate, but the prevailing theory seems to be that it may be a new Perfect Dark. I’d be happy with that, honestly.

Other frontrunners for gameplay reveals include Fable 4, which would be rather sad given Microsoft closed the original developers Lionhead Studios (the rumored developers this time appear to be a team spun out from the main cohort at Playground Games). Obsidian might show the new RPG it’s supposedly working on, but we’re more likely to see something of Grounded, the action survival game it’s already revealed. There’s a slim chance we might see Hellblade 2: Senua’s Saga, but I have a suspicion that title’s use as a short tech demo at the initial Xbox Series X reveal will be all we see of it for the next little while.

As for hardware, while it’s not the focus of the event, there is a chance we’ll see the rumored Xbox Series S console that’s supposedly being worked on. It’d make a nice symmetry with Sony, which also showed both a digital-only PS5 and one with a disc drive at its reveal event for the console. Also, Microsoft, you’d really be doing me a solid if you threw in the towel and finally revealed an actual price on this hunk of junk — come on, holiday launch isn’t far away and your girl needs to start saving now.

Regardless of all that, Microsoft needs to show us something, and fast. While it may have had early progress on Sony, it flushed that away with its May event, which was supposed to show gameplay but… well, summarily didn’t. And it sat out June completely, presumably to avoid directly competing with Sony’s reveal. The problem is that Sony, for whatever else you can say about the PS5 and the games on it, really brought the fireworks for the big event — and Microsoft needs to do the same if it wants to keep pace with its perennial rival.

The event will be on July 23, at 9am PT. The Xbox Twitter suggests you’ll be able to watch it on Facebook, YouTube, and Twitch. Rest in Peace, Mixer.