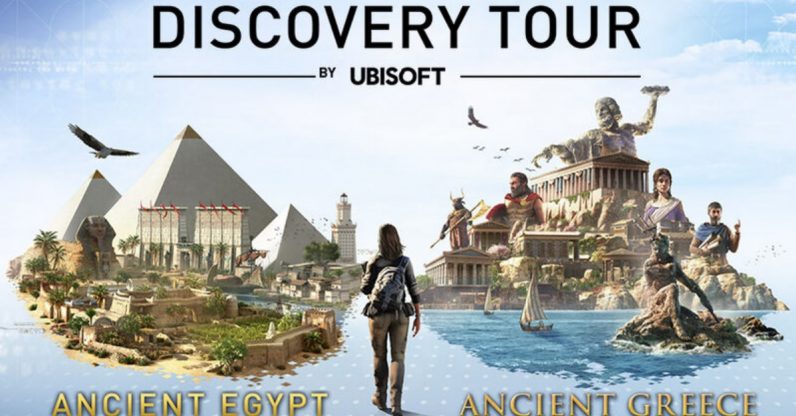 Ubisoft today announced it’s giving away two games to help get us through the pandemic. More specifically, it’s giving away the Discovery Tours, two educational offshoots of its Assassin’s Creed series that depict Ancient Greece or Ancient Egypt. If you’ve got kids to educate — or heck, if you want to educate yourself — they’re one of the more appealing products Ubisoft has made.

The Discovery Tours were originally part of the Assassin’s Creed games — namely, AC Origins and Odyssey. The series has always been known for its attempts to capture historical time periods with some degree of accuracy, the antics of the Assassin Brotherhood and Knights Templar being the obvious exception. The developers’ interest in recreating historic buildings — such as Notre Dame in Unity — sometimes borders on the fanatical. I’m sure we’re going to see a similar Tour in the upcoming Valhalla.

Read: Please don’t let Assassin’s Creed Valhalla be too much like Odyssey

If you’ll remember, the story of AC Odyssey gave me reason to doubt its historical accuracy, at least with regards to its depiction of Spartan warfare, but the Discovery Tour is almost a completely separate entity from the single-player game itself. It is, as the name suggests, a leisurely stroll through the game’s environments where different details in the game are used to explain how life was in the time period depicted, in this case Ptolemaic Egypt and Greece during the Peloponnesian War. Ubisoft describes it as a “living museum.”

If nothing else, they’re pleasant educational tools that kids might enjoy messing around with. I know if Assassin’s Creed had come out when I was a schoolchild, and someone had told me you could use it to learn about Ancient Greece and Egypt, I’d have been all over it. And given this is a time when a lot of people are having to teach their own kids while schools out, I say you could do worse than to use this.

I know most of you are going to be playing that free version of Grand Theft Auto V you just got from the Epic Store, but still, if you want to play something a little slower-paced where you might (heaven forbid) learn a thing or two, then be sure to nab this as well.

The Discovery Tours will be available until May 21. You can download them from Uplay, or from Ubisoft‘s free games page.

Read next: Review: The Revelo Thinstem helps bikes take up way less space in your home