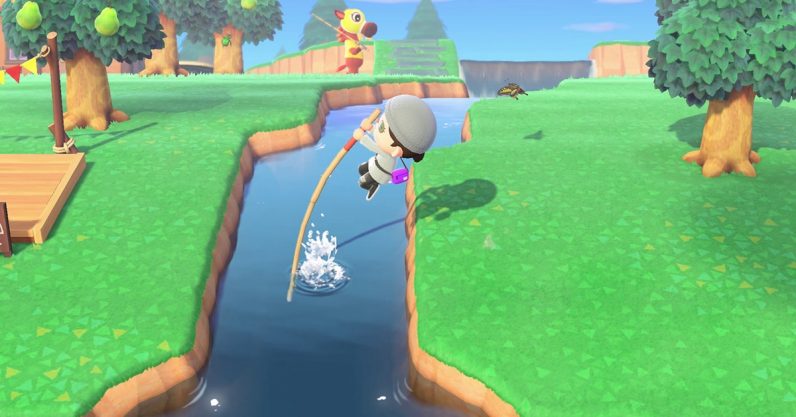 Animal Crossing: New Horizons, the global gaming obsession du jour, is not commercially available in China at the moment, and official versions of the Nintendo Switch sold in the country won’t play it. But gamers, with characteristic determination, are finding ways around that.

The stringent requirements of the Chinese gaming authorities mean that it can sometimes take a while for games to be officially approved, if they ever are. Animal Crossing New Horizons was never approved, but imported copies were available via the e-commerce site Taobao and the game was apparently a major hit. Given it came out in the shank of the COVID-19 pandemic, its appeal as a social space where you could visit your friends within an escapist paradise was as valid in China as it was anywhere else.

Sadly, it was not to last. New Horizons was removed from Taobao after players used the in-game mechanics to host politically sensitive imagery — most notably activist Joshua Wong, who kept a banner on his island reading “Free Hong Kong.” It’d be a bit dramatic to say the game was outright “banned,” but that’s essentially what happened. After all, China is not exactly known for being permissive with games in general. A game where you can import images and create a world mocking or raging against government authority? Probably not a surprise they were not keen on it.

Compounding this, the version of the Nintendo Switch sold in China is locked to the servers run by Tencent. That means you need a Switch not sold via Tencent — in other words, an imported Switch.

But that’s not to say China’s gamers have stopped playing the game — quite the opposite, in fact. In order to obtain both the game and the unlocked Switch console required to play it, Reuters reports players are using code words in order to find sales of the game, and some are using imported Switches with the eShop region set to another country’s. There are a number of ways to slip the digital leash, and China’s gamers have found every single one of them.

At this point, I shouldn’t be surprised the lengths people will go to both to thumb their noses at the Chinese government and to play Animal Crossing.

Read next: Report: The iPhone 12 Pros will come with 120Hz screens and bigger batteries