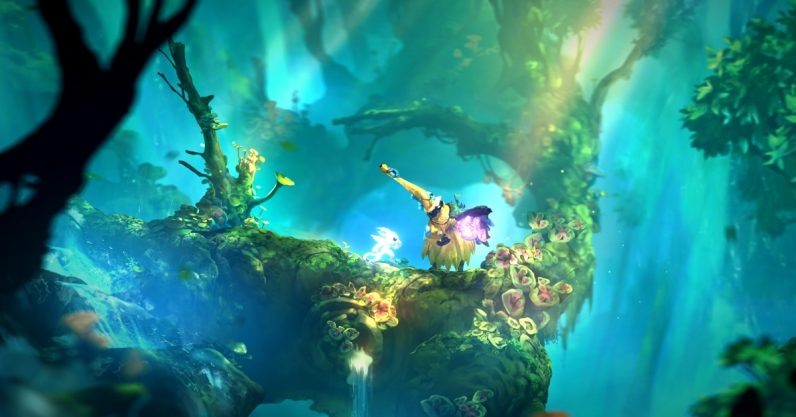 Ori & the Will of the Wisps takes everything that was good about Ori & the Blind Forest and somehow manages to top it. And the best part? It populates that world with actual characters, fixing one of the original’s few flaws.

I won’t spoil any of Ori 2‘s major moments, or even what it’s like to play, except to say that, if you loved the original, I can almost guarantee you’ll like this one. It builds on the original’s jewel-bright foundation, making something so spectacularly beautiful it’ll move you to tears. And it’s still fun!

It also fixes one of the biggest problems I had with the original: namely, that the world you were in was empty, save for Ori himself.

Don’t misunderstand — I adored Ori 1‘s atmosphere more than most games I’d played at the time or since. In all ways that matter for platformers, it’s stunning: color palette, music, level design. And the fact that you could count the number of characters on one hand kind of worked for such a simplistic story.

But Ori 2 isn’t just a platformer — it’s a Metroidvania, meaning a game where you’re encouraged to revisit the whole map to poke into all the nooks and crannies. The first game infamously locked off whole levels after you completed them and didn’t add a warping mechanic until the Definitive Edition re-release. So players really couldn’t return to parts of the game they’d missed. And even after that mechanic was added, going back through those areas with the same old enemies was a slog.

So if Will of the Wisps is bigger, and requires so much backtracking, it’d have to make the world you’re in friendlier and more enjoyable to just linger in.

That’s why Ori 2‘s characters are so important. I got a big smile on my face when I realized I had enough of the in-game currency to go visit Twillen, the merchant with a voice like silk curtains. Whenever I ran into mapmaker Lupo, let’s just say it was usually after a major “moment,” and his friendly demeanor was always very welcome. Every time I got enough crafting material to get Grom to spruce up the glades for the helpful creatures who live there, I warped back no matter where in the map I was, because even though it gained me nothing, it was worth it to make the Moki happy.

Way back when, I complained that one of the major problems with Shadow of the Tomb Raider was that Lara Croft was not really given much of a supporting cast. It’s not easy to carry the weight of an entire game by yourself. That’s why I’m so thankful that, in a game that’s at least twice the size of its predecessor, little Ori finally has friends to make the journey more enjoyable.

Read next: Oros' new hoodie and parka use NASA-inspired aerogel to fight the cold