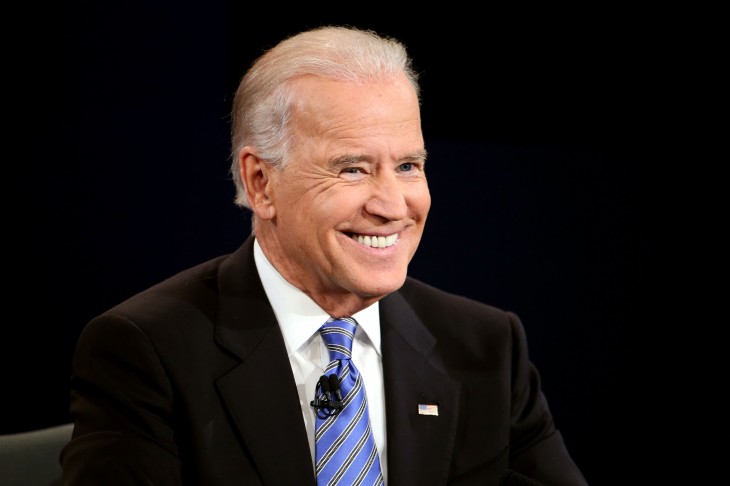 Former US Vice President and current Presidential hopeful, Joe Biden, became the latest politician to make his disdain for video games plain — not unusual by itself, but in the middle of a campaign is probably the wrong time to do it. It doesn’t help that his words strike a particularly dismissive and nasty note that seems designed to alienate anyone with even the remotest sympathy for the gaming industry.

Over the weekend, the New York Times published Biden’s interview with its editorial board, in which he covered everything from his age to his opinion of Mark Zuckerberg to his exercise routine. During the interview, reporter Charlie Warzel asked Biden about his problems with tech, including Facebook, and Biden mentioned video games. He proceeded to refer to a video game developer as “one of the little creeps” whose games “teach you how to kill people.”

The lead-in to the topic was Biden’s ideas on the revocation of Article 230, of the Communications Decency Act. This article enshrines that, “No provider or user of an interactive computer service shall be treated as the publisher or speaker of any information provided by another information content provider.”

Biden’s in favor of doing away with this article, and holding companies like Facebook accountable for what users say and do on their platforms. Eventually the topic comes around to Biden’s previous meetings with Silicon Valley luminaries, and that’s when he says the line.

Lest anyone think I’m taking what Biden says out of context, here’s exactly what he said:

Biden: And you may recall, the criticism I got for meeting with the leaders in Silicon Valley, when I was trying to work out an agreement dealing with them protecting intellectual property for artists in the United States of America. And at one point, one of the little creeps sitting around that table, who was a multi- — close to a billionaire — who told me he was an artist because he was able to come up with games to teach you how to kill people, you know the ——
Warzel: Like video games.
Biden: Yeah, video games… And then one of these righteous people said to me that, you know, “We are the economic engine of America. We are the ones.” And fortunately I had done a little homework before I went and I said, you know, I find it fascinating. As I added up the seven outfits, everyone’s there but Microsoft. I said, you have fewer people on your payroll than all the losses that General Motors just faced in the last quarter, of employees. So don’t lecture me about how you’ve created all this employment. The point is, there’s an arrogance about it, an overwhelming arrogance that we are, we are the ones. We can do what we want to do. I disagree.

Considering I highly doubt the words of the artist in question were “my games teach you how to kill people,” I take that as Biden’s slant on what was said. And, while this would ordinarily be laughable given how “old man shouts at cloud” it is, it also sounds a little sinister given who Biden is, what he’s trying to do, and his previous opinions about video games.

No word yet on who exactly the “little creep” is, but some at Kotaku speculate that — given the descriptor “millionaire” and making games about killing people — Biden’s referring to former EA CEO John Riccitiello. If that’s the case, the meeting he’s referencing is a 2012 sit-down with Silicon Valley leaders over potential copyright infringement. But Biden’s been badmouthing games and simultaneously meeting up with major tech leaders for years, so he could be referring to just about anyone.

And in truth, it doesn’t really matter who he’s talking about specifically, or what words they used. I don’t care if those exact words were spoken to him by John Romero himself — this is a presidential candidate referring to a major form of entertainment in terms that suggest not only does he not understand its appeal, but actively looks down upon those who make it. Sure, he’s using the derogatory term to refer to entire table of tech industry leaders (which doesn’t exactly make it better), but the fact that he singles out someone from the gaming industry is rather telling.

Up to this point in this massive interview, Biden’s patter comes across as faintly condescending, but generally understanding of the subject matter. What he says about video games stands out precisely because of how nasty and out-of-touch it sounds. The fact that Joe Biden doesn’t “get” games isn’t exactly a surprise — the man’s 77 — but the dismissiveness of his tone is no doubt going to ring a bad note with lots of potential voters.

It might not be quite so noteworthy were it not for the fact that Biden — alongside his former running mate, President Barack Obama and Obama’s successor President Donald Trump — has alluded to video games being a catch-all symptom for violence among children before. In 2013, he sat with industry leaders in the wake of the Sandy Hook shooting in a summit to address “video game violence.” Constance Steinkuehler, Obama’s senior policy advisor for digital media at the time, told Ars Technica he said just before the meeting, “What are we going to do with these scumbags?” He later clarified that he didn’t think video games were the problem behind mass shootings, but said to Anderson Cooper, “It is not healthy to have these games teaching the kids the dispassionate notion that you can shoot somebody and kind of blow their brains out.”

Does this matter much to the US presidential race? Not necessarily, but there will be a contingent of voters who see in themselves the “little creeps” Biden is referring to, and they’ll remember that when they’re in the voting booth.

Read next: Instagram deletes the IGTV button no one was using