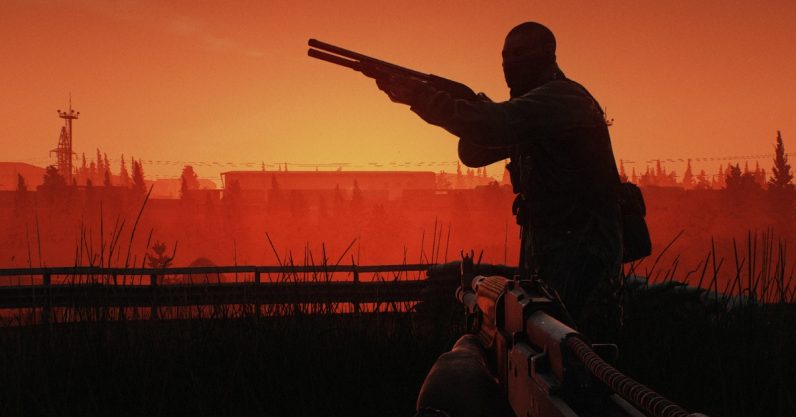 The developers of Escape from Tarkov, the hot new game of the moment, are facing some backlash over a rather unfortunate response to the question of female characters in their game. It’s a reminder that very few developers still have a graceful way to respond to that particular question, even though it keeps coming up.

Tarkov, a tactical first-person shooter, has enjoyed a spike in popularity since the year began, and it’s being played by multiple popular streamers. In the wake of this newfound attention, WccfTech’s Alessio Palumbo 2016 interview with Pavel Dyatlov recently resurfaced. Palumbo spoke with Dyatlov, a member of the development team, about Tarkov during Gamescom and the topic of female characters came up. Dyatlov’s response was rather distressingly backwards:

Okay, so… I’m not even going to try to unpack the troubling implications of that thought process. What I want to know was: was there no better way to say “eh, not really?”

Battlestate Games has since walked back this stance, saying on Twitter that Dyatlov was not a key development figure and his statements were probably misinterpreted anyway. They then went on to say that there will be female non-player characters during story missions in the final version of the game, but that they won’t consider female player characters because of the “huge amount of work needed with animations, gear fitting etc.”

And just to finally clear the question about women in EFT. First – there are women in EFT already (trader, some future key storyline quests will have women as main characters)

There’s no reason why a game has to have female characters. The problem with responses like these is that it highlights a rather uncomfortable mindset about women in war that is much less okay than a simple developmental oversight. And even in cases where casual sexism isn’t the reason — see Battlestate’s backpedalling — the mindset that they’re too much extra work and therefore aren’t even up for consideration still has a nasty ring to it.

I’m going to go out on a limb and guess that not many gamers who are playing Tarkov will actually care. I can think of any number of games that don’t have female characters that aren’t raked over the coals — CS:GO hasn’t had them until recently and that game‘s been around since the dawn of time. The question is more of a philosophical one than anything else. But it still shouldn’t be so difficult to answer.

I’m reminded of the outcry over Assassin’s Creed Unity‘s lack of co-op female player characters. The more I read in that case, the more I was on the side of developer Ubisoft, because the co-op characters were all intended to be variants of the same protagonist, Arno Dorian. In terms of multiplayer, the AC series has always offered a diverse group of colorful murderers, so I didn’t think there was some latent misogynistic streak within the development team — it was just a rather unfortunate misunderstanding.

That said, Ubisoft’s initial response to the situation — in which a lone member of the dev team put the reason down as “too much extra work” — is what makes the situation feel like deja vu. In both this case and that one, other game developers pipe up to say “no it’s not, you’re just being sexist.”

Instead of focusing on how female characters are so much extra work, why not say you’re more interested in making cool weapon skins or gear, or stabilizing your servers first? And by the time those issues are resolved, by that point everyone will have forgotten the question or, you know, you might actually have time to put in the work necessary to put women in the game.

Again, no one’s saying the game has to include female characters. But if game developers can’t or don’t want to, then they need to have a better, more tactful response ready than “women shouldn’t be in war” or “women are too much work.” And if they can’t come up with one… maybe that’s the problem.