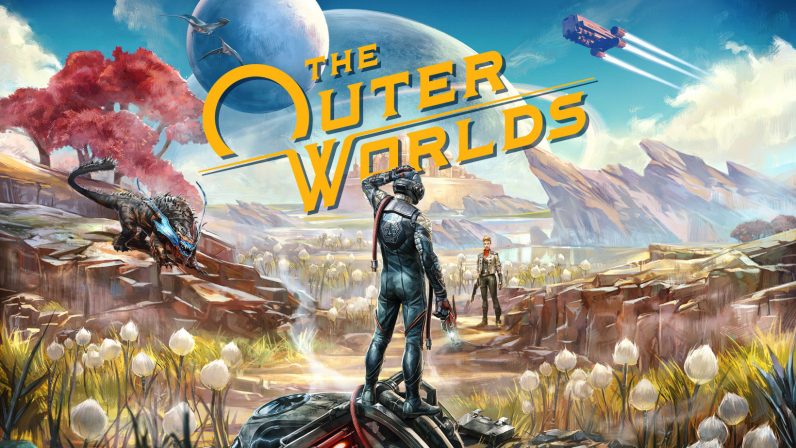 When I first heard about The Outer Worlds I was overjoyed. Developer Obsidian Entertainment is among the most accomplished, reputable, and talented companies in the industry. Every game it touches – from Knights of the Old Republic II: The Sith Lords to everybody’s favorite Fallout title, Fallout New Vegas – is an instant masterpiece.

But then I heard Microsoft had acquired Obsidian Entertainment and would be debuting The Outer Worlds on Xbox Game Pass like all of its in-house titles. This seemed too good to be true because it meant you could effectively play the game for free (with a trial) or for $9.99 with a subscription that includes dozens of AAA games like Gears 5, State of Decay 2, and Crackdown 3.

My suspicion, at the time, was that the game I had dared to dream would be some kind of spiritual successor to Fallout New Vegas would end up getting distilled into a hollow version of an Obsidian Entertainment game due to Microsoft’s need for quick, flashy content. After all, the developer just had to please gamers in the past. Now it’s part of the Sony vs Microsoft console war that’s about to enter its next generation.

Luckily, I couldn’t have been more wrong. The Outer Worlds isn’t a concession by any means. I can’t speak to the politics and business that’s happened behind the scenes but, if this game is any indication of what we can expect from Obsidian Entertainment in the Microsoft era, everything’s going to be just fine.

The Outer Worlds isn’t the “spiritual successor” to Fallout that pundits have made it out to be. It plays a heckuva lot like the Fallout games. But that’s a good thing. If you’ve played Fallout 3, Fallout New Vegas, Fallout 4, The Elder Scrolls: Morrowind, The Elder Scrolls: Oblivion, or Skyrim, you already know how to play The Outer Worlds. The mechanics are similar and the controller buttons (or keyboard and mouse shortcuts) work about the same.

That’s where the comparisons end. The Outer Worlds eschews the dusty, dark, depressing world that Fallout relies on in exchange for several vibrant, exotic alien landscapes that act as a consummate background character. Much like Borderlands 3 and Breath of The Wild, a lot of the charm of The Outer Worlds lies in trekking off the beaten-path to find little game areas that serve no purpose other than to be beautiful. I found myself walking through the game‘s worlds with my POV fixed on the heavens quite often.

To call The Outer Worlds gorgeous is an understatement. It’s not just pretty, it’s also graphically smart. The game plays smooth on my Xbox One S despite having some of the best visuals I’ve enjoyed in a game all year. That’s not to say this game has the best graphics – they’re good and modern, but not mind-blowing. But I’ll say it does have the best use of graphics. Instead of squeezing every last drop of horsepower out of my machine, Obsidian Entertainment made clever use of color and distance. This is a game where the artists and their art shine through more than the game engine and its 3D modeling capabilities.

The Outer Worlds‘ excellent graphics are joined by some of the best audio I’ve experienced in a video game. And I mean that in the overall sense. The music is compelling and perfectly unmemorable – this isn’t Grand Theft Auto, I don’t need a series of playlists. I need cinematic accompaniment. And the sounds effects are crisp, and immersive. But where the audio really makes its mark is in the voice acting.

I savored every drop of dialogue in this game. The voice acting is superb in every way and the main cast deserves accolades – especially the ever-impressive, amazingly talented Ashley Burch as the coy Parvati. But it’s not just the main cast that shines. The enemy callouts, and atmospheric conversations are wonderfully integrated. It never feels like you’re stuck in an “I used to be an adventurer like you” dialogue wheel. Instead it seems like you’re passing through a living set-piece full of people going about their own business. You’re often given the choice to “keep listening” if you interrupt characters in mid-conversation, a game mechanic I’m grateful for because I almost always wanted to know what else they had to say.

The story is a gigantic mash-up of everything you love about science fiction with major nods to Firefly, The Matrix, Futurama, and Rick and Morty. It’s hilarious and fun, and it’s often sad and philosophical too. It never has all the answers, and often doesn’t even ask any questions. Like much of the graphical artwork, there’s bits of the story that just exist for the sake of being art – they don’t move the plot along or get you where you’re going.

Ultimately, The Outer Worlds is a game that doesn’t try to reinvent the wheel. It is to Fallout what “Starfinder” is to “Dungeons and Dragons.” It takes a recipe you like and reinvents it in a way that feels both comfortable and new. In that way, it’s the perfect swan song for the Xbox One.

While Nintendo reimagined what a console was with the Switch, and Sony brought in gadgets like VR, Microsoft’s Xbox has dialed back the accessories and honed in on providing bedrock value. The Outer Worlds isn’t trying to sell you a battle royale game mode (there is only single player) or content pass. It’s just a damn good game, with excellent writing, award-worthy voice acting, top-notch graphics, and some of the best western-style RPG decision-making this side of a Bioware title.

The Outer Worlds is far-and-away my favorite title of 2019. We’ll spend the next year talking about new gaming systems from Sony, Microsoft, and Google, so it may be awhile before the gravity of just how good this game is sinks in. But when all the smoke clears, I believe we’ll see it stand beside the likes of Bioshock, Mass Effect, and Star Wars Knights of the Old Republic II.

And, yes, even New Vegas.