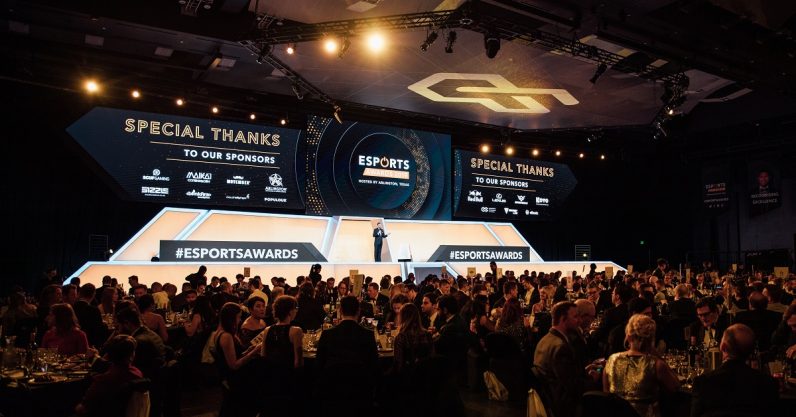 It’s not very often that I get to go to live, gaming-based events without having to leave my home territory of North Texas. I got an invite to the “Oscars of Esports,” the Esports Awards — to be held in Arlington. For those of you who don’t know, that’s a stone’s throw from where I live. So I was able to attend for the first time, and I’m so glad this glitzy event came to Texas.

The Esports Awards have been around for a good few years now, but they’ve been hosted in London. But this year a change of venue was in order, and the event moved to the Esports Stadium in Arlington. I dusted off my good dress and a notepad and sallied forth.

I’m sure, when most of you think of esports at all, you’re not necessarily associating it with Arlington, Texas. But the stadium there is the largest dedicated esports space in North America, and was built specifically to attract this sort of event. I got the chance to briefly speak to Esports Awards CEO Tom Mercey and he also seemed excited about the new location. The stadium, which was completed in November 2018, is 100,000 square feet and features gaming stations open to the public, in addition to the competitive space.

I’m not exactly sure what I was expecting, going into the event. It probably wasn’t a relatively ritzy black tie event. While I’d be among the first to defend esports as an actual sport rather than some amateur’s hobby — a stereotype many pros still have to contend with — I think the glamour of it was a little more than even I expected. It’s quite a thing to rub elbows with presenters in floor-length gowns and black ties who’re also excitedly snapping pics with a Reinhardt cosplayer.

The show didn’t go completely without a hitch. Presenters weren’t cued for their entrances, while at least one winner walked off without their award. And I’m still trying to figure out why the deserts were served to us on ceramic floor tiles, but then again I’ll take a cannoli no matter what kind of plate it’s on.

A couple of minor observations while I’m thinking about it:

I got home with my goodie bag around one in the morning, and was rather pleased to discover it included a Red Bull. I was definitely going to need it to struggle out of bed the next morning. I’m not as young as I used to be.

Read next: Art and technology can reconstruct the faces of the dead based on remains