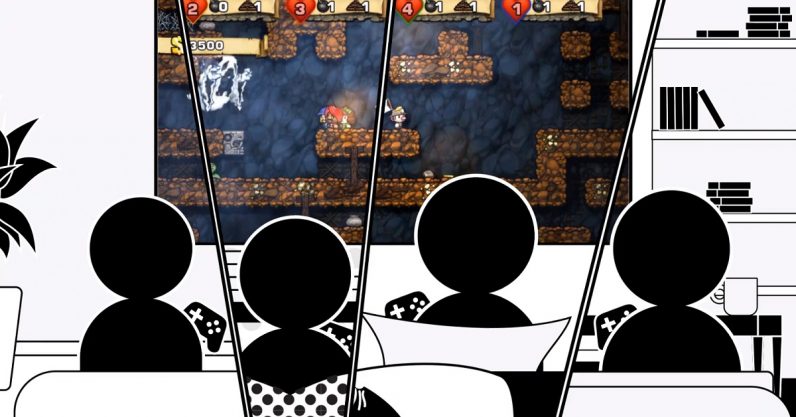 Steam today released its Remote Play Together feature, taking couch co-op games fully online. And to get everyone started, Steam’s offering all the compatible games at a discount.

With Remote Play Together, users can (as the name suggests) play any kind of multiplayer game with their friends. Steam oversimplified it a bit by saying in its release video that the other users’ controller acts as their point of connection, but the long and short is that audio, video and voice chat is streamed to their PCs. Only the player hosting needs to actually own the game.

To sweeten the pot, Remote Play Together is also available now on iOS and Android. Mobile users can join games via the Steam Link app, which lets you play desktop games on your tablet or phone. We found the app pretty robust when we tried it out, so it’ll be fun to play the likes of Enter the Gungeon with Steam friends.

The feature’s dead simple to use, too. Just select the option from the friend’s drop-down menu to automatically invite them into the game. They accept, and you’re off to the races. Interestingly, Steam also says users can share control of a mouse and keyboard, but I’d have to see how that works in practice before wanting to try it myself during a particularly tricky Cuphead boss battle.

And if you’re worried about latency — a fair worry — Valve says, “You can tune streaming resolution and bitrate for the best experience on your setup with Advanced Settings. Over a 5 GHz network, our target is a resolution of 1080p at 60 frames per second, with good quality for most scenes.”

To celebrate the release of the feature, Steam’s having one of those wonderful sales it loves so much. The sale is for all those couch co-op games you can now play with your far-distant friends, with Cuphead leading the charge. Other games included in the sale are Overcooked, Rayman Legends, and Spelunky.