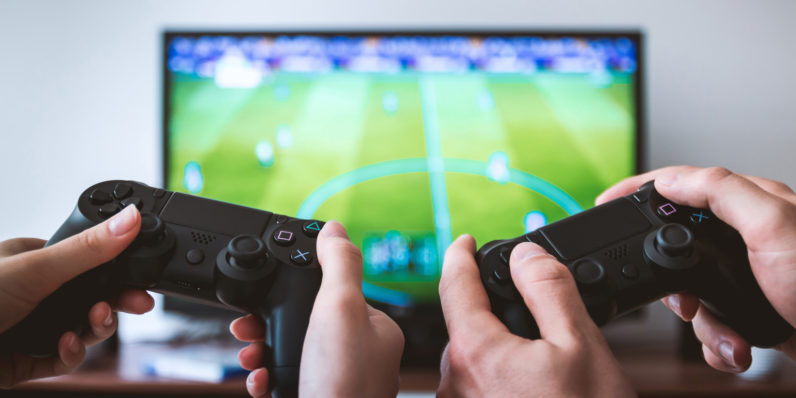 A new study suggests that “gaming disorder” — recently added to the International Classification of Diseases — may not be a real thing. At the very least, the researchers think there’s “no evidence” to suggest that the games themselves are the problem.

The study comes from the Oxford Internet Institute, and was conducted last year on a group of 1,004 14- and 15-year-olds from around the UK. The kids and their caregivers answered questionnaires about their (the kids’) gaming habits and how the kids functioned in daily life.

Dr. Andrew Przybylski, co-auther of the study and director of research at the Institute, said in a press release:

Our findings provided no evidence suggesting an unhealthy relationship with gaming accounts for substantial emotional, peer and behavioural problems. Instead, variations in gaming experience are much more likely to be linked to whether adolescents’ basic psychological needs for competence, autonomy, and social belonging are being met and if they are already experiencing wider functioning issues.

In other words, the games aren’t root cause of the problem. In fact, while the researchers themselves don’t say it directly, it sounds almost as if games are an escape from the problem, that being that their “basic psychological needs” aren’t being met. While I’m sure there are a number of you nodding your heads knowingly, or else saying something along the lines of “that’s what I’ve been saying all along,” consider the context of this study, and what effect it’s likely to have.

The World Health Organization’s decision to add “gaming disorder” to the list of recognized diseases was controversial, to say the least. On the one hand, advocates argue it’s something real people suffer from every day. TNW has spoken to people who are still recovering from the deleterious effect gaming’s had on their lives, and they provide ample anecdotal evidence, if nothing else. Also, it’s such a widespread problem in places like South Korea and China that governments are starting to take notice.

On the other hand, many have said classifying excessive gaming as a disorder fails to recognize underlying causes, and diminishes other, more serious forms of addiction. And this side may have been bolstered by this recent study. But it begs the question: if excessive gaming is the symptom and not itself the disease, do you still treat it as a “gaming addiction?” Addiction treatment centered around games is starting to pop up in response to the ICD classification — would it be effective in helping the kids who have so-called “gaming disorder?”

Dr. Netta Weinstein, a senior lecturer of psychology at the University of Cardiff and the other co-author of the study, said of those potentially attempting to treat gaming addiction:

We urge healthcare professionals to look more closely at the underlying factors such as psychological satisfactions and everyday frustrations to understand why a minority of players feel like they must engage in gaming in an obsessive way.

This is also deeply tied to the question of whether game makers are deliberately working addictive mechanics that inadvertently trigger this behavior — yeah, the old “lootbox” issue again. That whole controversy has been, at least in part, fueled by fear that these things would lead to childhood gambling addiction.

One thing this study doesn’t account for: while kids have their own reason for gaming obsessively, adults might have a very different thought process. A 14-year-old has different psychological needs than a 20-year-old, and the latter might not necessarily be gaming purely out of a need for escapism. We’ll have to wait and see further research on the topic.

Read next: Why a robot that can 'solve' Rubik's Cube one-handed has the AI community at war