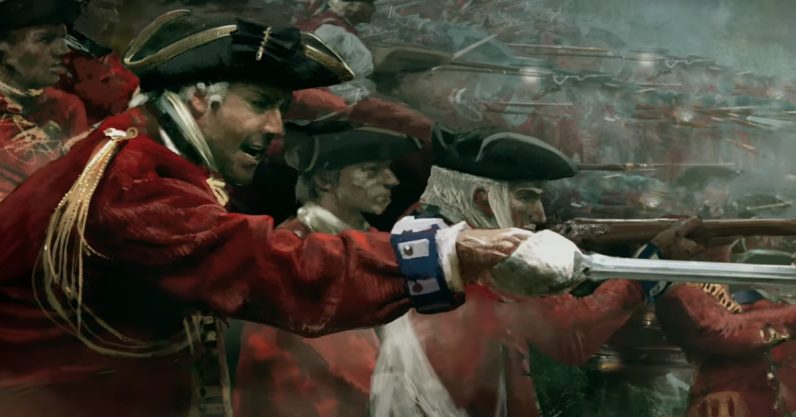 Age of Empires IV, a game that’s been teased for two years, is finally going to make its gameplay debut later this year — at least, we hope so. Microsoft turned up empty-handed to this week’s Gamescom.

Okay, that’s not entirely true. Microsoft’s busy pushing its upcoming Gears of War 5, so it’s no surprise it’s chosen to focus on that. However, AoE4‘s absence was noted. When asked about it by a reporter, Xbox Marketing Manager Aaron Greenberg said, “Our next big beat is XO19. I would suggest that people watch that… Cannot confirm or deny anything, but [you] definitely want to tune in.” (For those who don’t know, XO19 is an Xbox fan event taking place in London.)

It’s not exactly a confirmation one way or another, but considering how long it’s been since we heard anything about AoE4, it’s nice to at least have it acknowledged. The last numbered entry in the series, Age of Empires III, game out a full 14 years ago. We got several expansions for both AoE games and their Age of Mythology spin-off, but not much in the way of a new game. Well, there was Age of Empires Online, but as I recall, that was released to rather middling reviews.

This will be the first numbered game in the series not developed by progenitors Ensemble Studios. That studio was disassembled in 2009, shortly after making Halo Wars. Instead, Microsoft has tapped another RTS legend: Relic Entertainment, the makers of the Warhammer 40,000 and Company of Heroes series.

If you want to get a taste of what kind of nations will be in the game, check out the reveal trailer, thus far the only piece of media we have on the game:

To hold us over until that time, Microsoft has unveiled the release date for Age of Empires II: Definitive Edition. That’ll be coming out on November 14, the same day XO19 begins. It would be a cinch for Microsoft to use that event as a jumping-off point to finally talk about the new game in the series.

Read next: iPhone 11 Pro: Everything we think we know