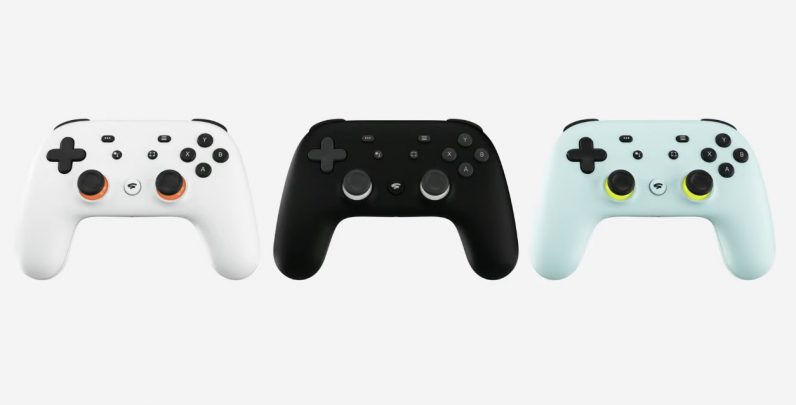 Stadia, Google’s attempt to enter the gaming industry via the cloud, has been teased several times through the last few months. Yesterday, we learned more about the platform via a Reddit AMA — and while it’s not all good news, it’s not all bad either.

The person answering the questions was Andrey Doronichev, Stadia’s Director of Product. Like anyone attempting to hype a new product, he was bright and enthusiastic, but overall the picture he painted of Stadia came across as fairly grounded. He was quick to say it’s not a “Netflix for games,” and said the Stadia Base (the free option) users would not receive the benefits of Pro.

Doronichev dropped the tidbit that Stadia won’t support Bluetooth audio at launch, though the Stadia controller would have a headphone jack should you opt for wired audio instead. As we pointed out weeks ago, the only way to play Stadia at launch will be through the purchase of the expensive Founders Edition — meaning you’ll have to buy a controller to which you can’t connect Bluetooth headphones. You can still use wireless headphones if you game on a Pixel phone or a Chrome browser (the only other platforms to support Stadia at launch), but it’s still a little disappointing.

One of the major criticisms of the Stadia/cloud gaming trend is that anyone who pays for a game doesn’t own it. If the Stadia servers go offline, for example, users have no way of reclaiming any game lost, even ones they paid for. Doronichev addressed this kinda in one post, saying:

Moving to the cloud is scary. I felt the same way when music was transitioning from files to streaming. I still have all my old CDs in the garage… although it’s hard to find a CD player these days :) The same happened to Movies and Photos and my Docs and other files… And it’s great! Games are no different. Eventually all of our games will be safely in the cloud too and we’ll feel great about it.

Okay, saying “We’ll feel great about it,” doesn’t exactly allay the essential fear. He did go on to say “From day one we’ll support Takeout, so that you can download your game metadata, including saves if you want to,” which is somewhat reassuring.

Should your subscription lapse and be renewed, Doronichev said, “You will regain access to those Pro games you claimed in the past while you were a subscriber. But not the ones that were offered to Pro subscribers while you were unsubscribed.”

Another person asked about the chat and social features, and he answered, “At launch you’ll be able to manage your friends list, create parties and use platform-level voice chat.” This is especially encouraging because these are features other gaming platforms sometimes struggle with when first launched (looking at you, Bethesda).

Stadia’s got a lot to prove if it wants to carve a niche for itself in gaming. Since other, more established gaming companies are looking into cloud gaming, Stadia needs to preemptively be better at it than its competitors. Not all of the news about it is great — I’m still salty about the fact that you need to buy the Founder’s Edition to play at launch — but some of the perks do sound pretty good.

Read next: The Bowers & Wilkins Formation Duo might actually justify their $4,000 price