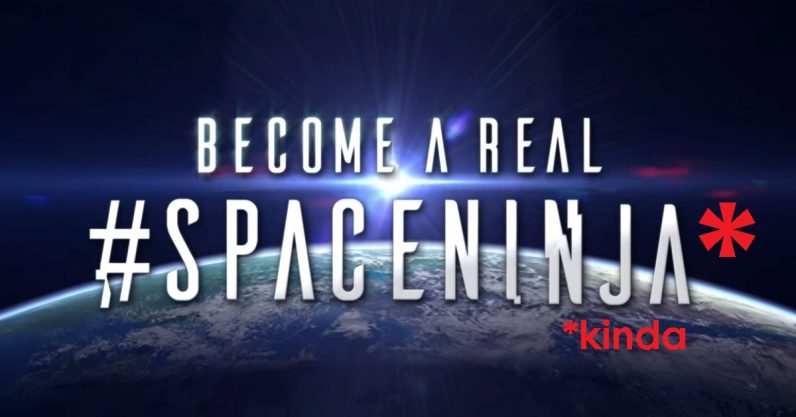 Digital Extremes, creators of the runaway hit third-person shooter Warframe, revealed this weekend that it’s running a contest to send one of its devoted players to space — well, sort of. What it’s really offering is a pretty sweet payday, but it’ll be up to the winner if that money goes towards a trip to the heavens.

The company revealed the contest at Tennocon, a Warframe fan convention in Ontario. It claims to want to make someone the first “real space ninja,” using the term for the in-game Warframes. To enter the contest, you have to play the game (which is free), and you get additional entries for every day you log in. Given that I know more people than I can count who play Warframe religiously, this will probably be an easy entry for the fans. The rules and regs also state Digital Extremes will allow players additional opportunities (whatever those may be) at various points in the next six months.

Of course, it’s not really a trip to space. The actual prize is $250,000 — according to the contest rules, this is “the equivalent cost estimated by [Digital Extremes] for a trip to space.” (It’s also the exact price of a 90-minute Virgin Galactic spaceflight, so I think we can discern where it got that number). But nothing in the rules explicitly states the winner will be obligated to spend the money on a space jaunt. All it states is: “The Winner must arrange for the space trip directly with a provider if the Winner chooses to use the cash awarded for a space trip,” which would seem to imply you could use it for something else.

I don’t know about you, but I can think of several things I could spend the money on long before a trip to space occurred to me. The rules also state that the winner is responsible for paying taxes, and the company won’t adjust the price amount to account for the price tag, meaning you’ll probably have to pony up some of your own cash for the cosmic trip. You’ll also be responsible for arranging the space flight, which sounds like a nightmare of planning to me.

You know what $250k will also provide, Warframe fans? A load of merch. A trip to next year’s Tennocon. Heck, you could probably build the world’s greatest Warframe cosplay with that amount of money — I’m just saying, if you find planning your own spaceflight to be too difficult, don’t let it stop you from claiming the prize.

The contest runs from now until December 31.

Read next: Predictive policing AI is a bigger scam than psychic detectives