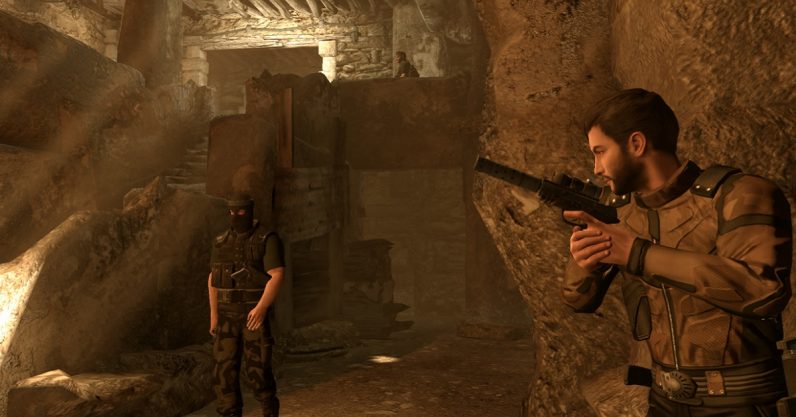 In what is perhaps an appropriate maneuver for its subject matter, spy game Alpha Protocol has vanished from Steam with no fanfare to speak of. Unfortunately, the reason for its disappearance is not as exciting as this stealthy exit would imply — and there’s a slight chance we may see it again.

First, let’s get the obvious out of the way for those who are worried: if you already own Alpha Protocol on Steam, you’re good. You can still download the game and play it when you like. It’s just no longer available for new customers to buy, which is a pity and a reminder of the impermanence of digital game storefronts. It joins the Telltale library in its departure, though at least in this case no one’s charging $700 for it in an attempt to subvert a store glitch.

Alpha Protocol was originally released in 2010, and it was the first original intellectual property from Obsidian Entertainment, which would later go on to make Fallout: New Vegas, Pillars of Eternity I & II, and South Park: The Stick of Truth. Before then, the company was known for Knights of the Old Republic II and Neverwinter Knights 2. It was made in partnership with SEGA after an attempt to make an Alien-branded game fell through — put a pin in that, it’ll be important in a moment.

Alpha Protocol is a bit of a tricky game to describe in retrospect. Described as an “espionage RPG,” it starred washed-out spy Michael Thornton and featured wildly varying dialogue and story paths. Reviews at launch were middling, but there was enough positive fan feedback for Obsidian to at least consider the possibility of a sequel — SEGA wasn’t interested due to the game‘s poor sales, but Obsidian CEO Feargus Urquhart said the company was open to making an even better game.

So why’d Alpha Protocol vanish? According to a statement from SEGA to Kotaku, it’s because its publishing rights expired. This would fit with the statement on the game‘s Steam page that reads, “At the request of the publisher, Alpha Protocol is no longer available for sale on Steam.”

So is that it for the game, then? Officially, it would seem so. But I have a hunch it may not be the last we see of Alpha Protocol.

Obsidian recently took a significant amount of heat for an exclusivity deal with the Epic Games Store, in which that storefront (and the Windows Store) will be the first place to sell its new RPG The Outer Worlds. And the Epic Store is attempting to curry favor with gamers by offering free games, with the obvious downside that it only has so many games in its library to offer. Given its age, Alpha Protocol would be a prime candidate for just such a giveaway.

There’s also the chance the publishing rights (it’s not immediately clear who has them, if SEGA has allowed its rights to lapse) will go to Obsidian’s new parent company, Microsoft. If that’s the case, I wonder if it’ll join the Windows Store next. While Microsoft have a cozy relationship with Steam — it’s entrusting the Halo series, its sacred cow, to Valve’s platform after all — but it might also be looking to gain some goodwill with gamers, possibly through a remaster or a remake.

I’m not saying for sure that’s what’s going to happen, just that I wouldn’t be surprised if it did.

Read next: YouTube is testing hiding comments in its Android app