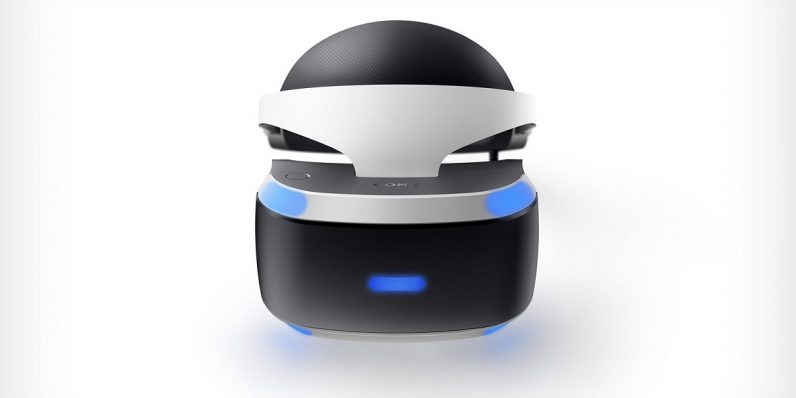 Sony skipped gaming’s biggest event, E3, this year and Microsoft pounced. Xbox stormed the stage with a veritable bevvy of announcements about new games and services, and a slew of details about its next generation console — dubbed Project Scarlett. It was a fantastic showing for what will surely be the next generation’s console war loser.

I know it’s pretty gauche for fan-people to declare one system better than the other – especially considering none of us have played either unreleased console. Just to be clear though: I’m not a PlayStation fanboy, I’m an Xbox One-lover. But I can see the future of gaming, and it is VR. And the longer Microsoft ignores that, the bigger its mistake will be.

I’ve seen the future before, the kind that changes the video game world forever. It was when I beta tested Xbox Live in 2001. I knew it was only a matter of time before what was once only a handful of people playing NFL Fever 2003 online would become millions of gamers from around the world connecting over the internet to share experiences and play together everyday.

Xbox Live wasn’t the first service to let people play multiplayer games, but it’s the one that broke it open for the console market. PSVR did that for VR when it launched on PS4.

VR is a literal game-changer. It may not be for everyone, but here’s a fun fact: the PS4 is the sixth-highest selling console of all time, and one in 20 owners also have PSVR. That means developers have a better chance of seeing their work get played, and making money off it on PSVR than most VR platforms. And good games require passionate, motivated developers.

What does this have to do with PS5? Well, so far Sony‘s keeping mum on the subject. But it feels a bit like when your parents won’t tell you what they’ve gotten you for your birthday, and not so much like the company has nothing to say. We do know that PS5 will support VR, in the form of the existing PSVR headset.

This should quell any idea that PSVR 2 will launch with the next console, but that’s not a bad thing. VR hardware is expensive and we’ve reached the point of saturation when it comes to early adopters. The current PSVR headset competes well against the most popular headsets already — knowing it’ll work with PS5 makes it even more worthwhile.

Putting aside the Sony-Microsoft rivalry, PSVR is currently the best option for VR gamers who can’t afford a top-tier PC. And even if you can, only Viveport Infinity beats it in terms of gaming value. And the only killer feature that Rift and Vive have over PSVR is the ability to go wireless. You can pay top-dollar and get better fidelity, but you’ll still need a massive rig to run it. A massive rig that won’t play MLB: The Show 19 or Everybody’s Golf VR.

Judging by Sony‘s commitment to VR, it’s likely that PlayStation is building the PS5 with PSVR firmly in mind. Nobody’s going to be surprised to see a wireless PSVR headset with a modest increase in specs launch on the new console eventually.

What is surprising, however, is Microsoft’s seeming lack of interest in the space altogether. In this case, it does feel like the company has nothing to say. It owns Minecraft, for crying outloud, and it debuted the new AR version of it at Apple’s developer conference.

Without VR on Xbox, we’re looking at another console cycle where Microsoft can’t come up with enough reasons to convince anyone to jump ship, while Sony uses PSVR to beckon gamers away from the house that Masterchief built.

PSVR has always been a good investment for PS4 owners. But Sony‘s commitment to carry it over to the next console generation means more than just an extension of your investment. It means VR has found a home with PlayStation — and so have I.