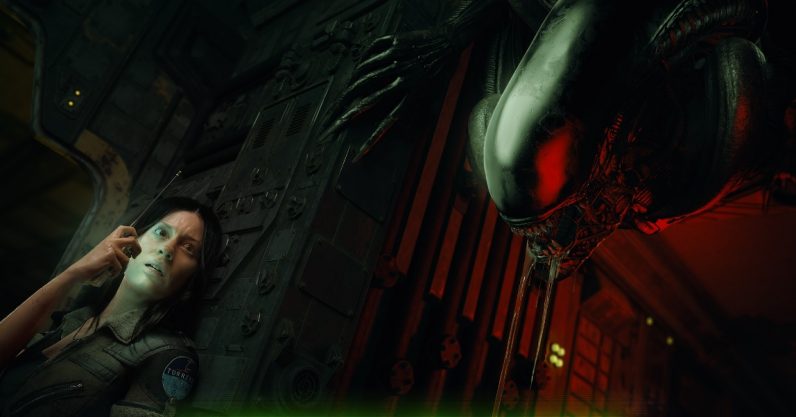 Fans and game makers are clashing over a newly revealed mobile game, Alien Blackout. A continuation of the Alien series, revived so spectacularly with 2014’s Alien Isolation, the game has fans crying foul and developers raising a confused eyebrow. Two very different attitudes towards mobile gaming are starting to meet — one which focuses on the genre’s potential, and the other which sees it as the domain of low-effort cash grabs.

On the face of it, it doesn’t sound like such a big deal. While mobile games aren’t necessarily as long or as detailed as console or PC games, they’re a respectable genre in their own right and there are now several excellent games on phones. It’s not just the domain of Candy Crush anymore.

But gamers are pushing back, showing the divide that still exists between the markets for console-based games and mobile.

How’d we get here?

Before Alien Blackout was revealed, another mobile game was drawing a similar, or dare I say even greater, backlash from fans: Diablo Immortal. After having a new entry in the Diablo franchise teased for a while, fans were not happy to be shown a mobile game.

The developers of Immortal seemed to be totally wrongfooted by the reaction. During a developer Q&A at Blizzcon, after it was officially revealed, a fan stood up and asked, point blank, if this was an April Fool’s joke. It wasn’t. Later Blizzard execs tried to reassure fans a “proper” Diablo game was in development, but Immortal still became something like the butt of a joke.

Similarly, reaction to Alien Blackout has been bemused. It appears to be a sequel to Isolation, given that it stars that game‘s protagonist, Amanda Ripley. Publisher D3 Go! have since told TNW there are other Alien games in the works, including a “a massively multiplayer online shooter.” However, (other) publisher FoxNext told Variety that a more traditional sequel to Isolation — a hypothetical “Alien Isolation 2” — is not in development.

The main reason gamers aren’t happy when a beloved franchise goes mobile comes down two things. The first is probably what mobile games are probably best known for: microtransactions. Mobile games often tend to come across as excuses to suck gamer‘s wallets dry through lootboxes or pricey shortcuts — such practices ruined Harry Potter: Hogwarts Mystery, as far as I’m concerned.

That doesn’t seem to be the case for Blackout. TQ Jefferson, FoxNext’s VP of external development, said in the aforementioned Variety interview he felt the comparison to Immortal was a stretch: “The ‘Diablo’ backlash was focused on free-to-play and mobile, our game is a premium mobile game where you pay one price and you’re done. It’s a contained experience.” But that’s not the only objection.

The second reason gamers get upset is that mobile games are, by necessity, wholly different games than the kind offered for PC or console players. Occasionally a game like Fortnite or PlayerUnknown’s Battlegrounds can make the leap to mobile essentially intact, but they’re a rarity. So when gamers hear “mobile Alien game,” what they (often accurately) interpret that to mean is “an Alien game very different than the one you were familiar with and might have been hoping for.”

From walled garden to app stores

Game publishers might see the mobile market a bit differently. There’s one example of a major game developer pivoting its adored intellectual properties to mobile and succeeding: Nintendo. When the Big N announced it was moving to mobile in 2015, reactions ranged from confusion and wariness to anger. It seemed like an odd move for a company that had, for so long, limited its franchises strictly to its own devices.

And yes, the reception to Super Mario Run was lukewarm at first, but the company later struck gold with Fire Emblem Heroes, which grossed over $400 million in revenue last year. And while Pokemon GO is from Niantic, not Nintendo, it’s still an example of a previously Nintendo-exclusive franchise making the jump to phones with incredible success.

The difference is that the Nintendo-based franchises moving to mobile were so popular or beloved by the parent company (Mario, Fire Emblem, Pokemon) that gamers could be sure they weren’t going mobile exclusively. Fans who were hoping for another major Diablo title to be announced, and were shown Diablo Immortal, were understandably upset at the idea that this might be the only kind of Diablo they get going forward. Alien fans would be justified in assuming the same — and they might be depressingly close to the mark.

So where game publishers see a market for smaller versions of their existing games, gamers see their favorite franchises turned into lazy cash grabs. The divide between publishers and gamers over mobile games will likely remain wide until we see if Diablo Immortal, or Alien Blackout are actually good enough to sway opinions.

Read next: Here's what you actually need in your home recording studio