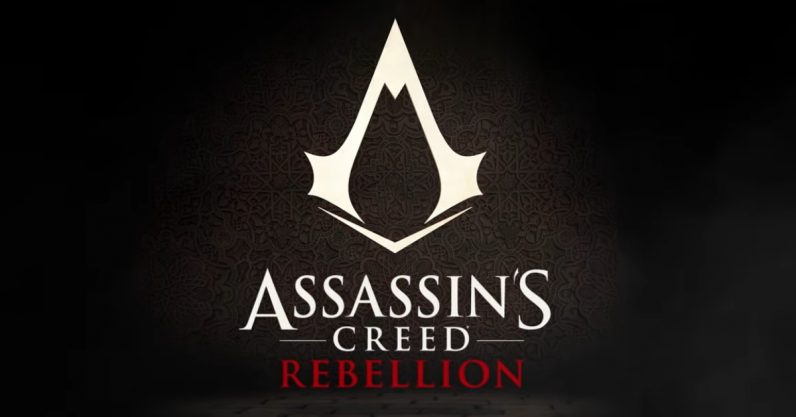 Hey hey hey, don’t hit that keyboard just yet. Yes, I’m aware Rebellion is neither the biggest nor most-ballyhooed release in the Assassin’s Creed series this year. But I think, in terms of enjoyment per hour of time spent in the game, I just liked this one so much more. I liked it both because it feels a bit more close to the spirit of the series, and it’s one of the better mobile games I’ve played.

The game draws from the story of the rather lackluster Assassin’s Creed film, in that it stars Spanish assassins Aguilar and Maria in their quest to purge Spain of the Inquisition — which is run by the Templars, natch. To do so, they set up a base in an abandoned building and proceed to work their way across Europe, running missions, gathering loot, and picking up stray malcontents to bolster their cause.

It’s quite a charming take on the series, replacing the now-standard open world RPG tropes of the main game for stealth and strategy. It’s a bit like a combination of Assassin’s Creed Chronicles, the side-scroller of last year, and Bethesda’s base-building game Fallout Shelter. You use your little Assassin recruits — a pool of both new and returning characters — to complete various tasks within the base, which allows you to accrue more resources and level them up.

When they reach an appropriately high level, you send them on missions to complete various tasks, from Templar hunting to scraping up bits of Helix DNA (a material you can use to upgrade them). The missions themselves can be tricky, as each requires an Assassin team with particular skills — some are more geared towards combat, others to stealth, and others to support. Within each mission, a team member is assigned a chance percentage, which tells you how likely they are to successfully complete a task, be it killing a fool or picking a lock. The odds get longer the more low-level or ill-suited the Assassin, so deciding who to bring along requires strategy and forethought.

While it’s in the same series as Odyssey, comparing the two is difficult as they’re very different. If you want to read my full take on that game, you can read my review. Suffice to say, I don’t think Rebellion is trying to be Fallout Shelter as hard as Odyssey is trying to be The Witcher 3.

Okay, getting away from the criticism of Odyssey, Rebellion succeeds at the mobile game litmus test, in that it somehow avoids being a prolonged plea for microtransactions. Spend your money on lootboxes if you really must, but I’ve been playing for weeks and have never felt the slightest compulsion, gameplay-wise, to do so.

In my experience, you can get by just fine with what the game gives you, as you get a free loot box every few hours and the in-game missions provide all the loot I needed. The game grants the player a mercy by allowing them to “rush” (read: autocomplete) a mission again after they’ve done it the first time, meaning you can replay them for loot without the game succumbing to mind-numbing tedium.

Does Assassin’s Creed Rebellion achieve Lara Croft GO-esque perfection? No, of course it doesn’t. But it’s an enjoyable way to kill a few hours and it’s a good addition to the AC series — and might even be more up a hardcore fan’s alley than the other one we got this year.