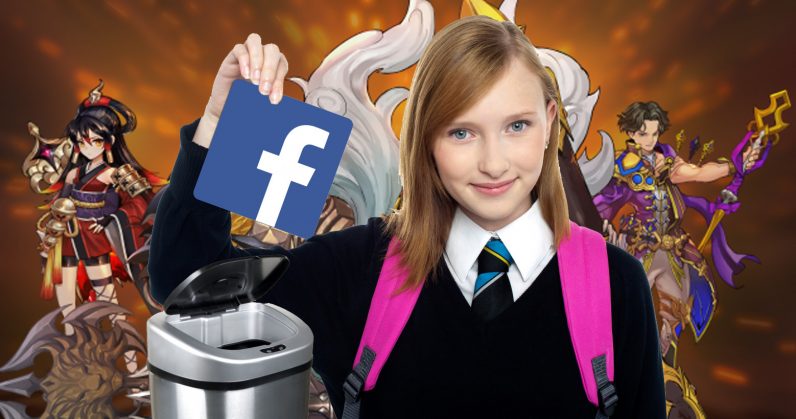 Facebook has been on a downward spiral for months now, as we’ve come to realize there’s no reason to spend hours on a platform that does not care about our privacy, and that seems to be going out of style right quick.

So what should spend your time on instead? Well, we’ve found four great Android games that will be sure to grab your attention and help you ease off your Facebook habit soon enough. It’s time to break free!

This is a Counter-Strike-like first-person shooter that’s packed to the gills with content: 32 maps, nine game modes, lots of weapons, local and online multiplayer action, and even an option to create custom skins for weapons.

The graphics won’t impress anyone who’s played a game in the past decade, but the controls work as expected and can be customized to suit your style. I liked the the addition of a default “auto fire” option that makes it easier to take enemies out when you aim at them, as it’s a great way to get started with this shooter on a touchscreen. Once you’re a pro, you can then switch to manual mode and compete with the best players online.

Overall, it’s a great shooter with much more content and game modes than most of its competitors.

Super Cat Tales 2 is a lovely adventure platformer with a beautiful retro art style, and over 100 levels to keep you occupied. The game features a clever control scheme which will you running, sprinting, and wall jumping to get around, making for plenty of fast-paced action.

You’ll also need to switch between cats within each level, and use their unique abilities to progress. This plays a big part in figuring out how to complete the levels to perfection, and collect all hidden “bells” to unlock new levels. I really enjoyed this system, and the game as a whole. Be sure to give this a go!

Hexa Knot is a simple, fun, and relaxing puzzle game with 500 levels, in which you’ll move tiles around until the colored lines on the tiles all connect correctly.

The difficulty is well balanced, with the game getting tricky at around level 15 until you figure out the “system” to solving these puzzles. After that, the levels slowly get easier again. It’s a challenging game, but not so challenging that you get stuck for minutes at a time. If you want to kick back after a long day, this is a great way to go.

Get Hexa Knot on Google Play.

This is a tactical gacha RPG with chess-like combat, a rather interesting linear story (although it can feel contrived at times), polished graphics and animation, and tons of quests, event dungeons, and asynchronous “PvP”.

The game is almost too easy in the early stages, and there are several in-app purchases to unlock new heroes sooner than you can earn them. That aside, it’s pretty good: the core gameplay has you actually controlling our heroes instead of simply tapping skill icons, and veteran players argue that the game is less pay-to-win than Summoners War. Overall, I had more fun with the game than I thought I would.

Get Chain Strike on Google Play.

Read next: Mozilla is deeply concerned about Microsoft killing EdgeHTML