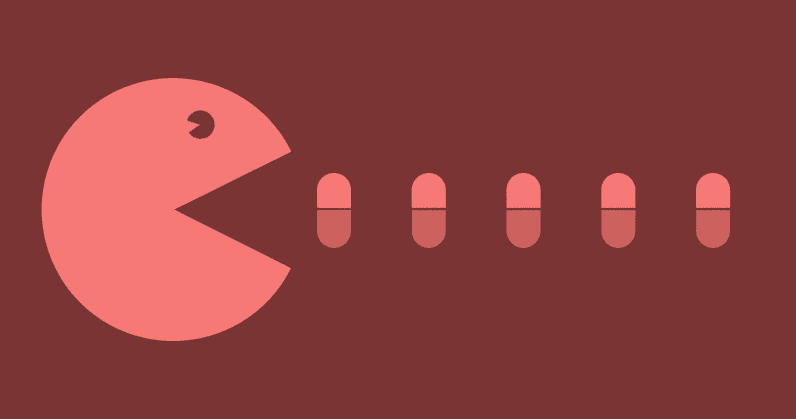 South Korea is bending under the weight of an epidemic. In the world’s most wired country, it’s not opioids or hallucinogens to blame, but the constant call of a connected society.

Estimates vary, but South Korea — home to 51 million people — now has about a million internet-addicted children and teens. About one in 10. Some call the estimate conservative, claiming the actual number is closer to 50 percent, or five million people aged 10 to 19. In an interview with Vice, Dr. Lee Jae-Won, a neuropsychiatrist at Gagnam Eulji Hospital in Seoul said that online gaming accounts for roughly 90 percent of these internet addiction cases.

In this small country — a touch smaller than the state of Virginia — the gaming economy is set to surpass 12 trillion won ($11 billion USD) at some point next year. That’s about a third the size of the US market — a country six times larger. Korea’s problem, though, will one day be the US’ problem. And without the foresight that comes with identifying and planning for it, we could be in for a world of hurt.

The issue, perhaps, is one of availability. Koreans can’t walk more than a few blocks without running into one of more than 20,000 “PC bangs,” the gaming equivalent of an opium den, with hard drugs replaced by networked PCs, melodic K-Pop, and a death trap of criss-crossing Ethernet cables. This, in Korea, is the preferred method of gaming. And for about a dollar an hour, gamers can plug in and play, LAN-style, to their hearts’ content.

Many frequent bangs daily, with some logging 14-plus hours before dragging themselves out of their chairs. Once home, addicts face a new set of challenges. Korea hosts 10 pro gaming leagues, most of which regularly air matches on national television. At least two networks air wall-to-wall esports coverage, 24/7.

In Korea, esports athletes have, in many cases, eclipsed more traditional celebrities of film, music, and sport. The players are household names, and the sponsorship deals are often worth millions. It’s an alluring call to the casual gamer, and one that has the tendency to lead many down a path that starts out as fun before devolving into obsession.

The US, unlike South Korea, doesn’t offer any hard statistics on the number of internet-addicted, or gaming-addicted (there is substantial overlap) youth. Because, in a public health sense, it’s a problem that doesn’t exist.

Gaming addiction, or “internet gaming disorder,” is one of a handful of conditions marked as “for further study” by the Diagnostic and Statistical Manual of Mental Disorders, Fifth Edition, also known as the DSM-5 — a mental health bible, of sorts. This is primarily due to mental health professionals’ inability to agree on whether this warrants being classified as a new condition, or is part of another, co-existing one.

The debate has been on-going since 2013, with no end in sight.

Attempting to classify internet addiction had the same uphill battle. And it still isn’t part of the DSM, even though it’s been studied and debated since at least 2006. The much broader “internet use disorder” — a condition that includes five subcategories, one of which is gaming — is another that’s marked for further study. The reasons are numerous, but generally hinge on the idea that the condition is comorbid, meaning a symptom of another, classifiable disorder in the DSM. In one dissenting opinion Dr. Jerald J. Block wrote:

About 86 percent of internet addiction cases have some other DSM-IV diagnosis present. In one study, the average patient had 1.5 other diagnoses. In the United States, patients generally present only for the comorbid condition(s). Thus, unless the therapist is specifically looking for internet addiction, it is unlikely to be detected.

Dr. Block, who is of the opinion that mental health professionals in the US are ill-equipped to diagnose this type of condition, did add that in Asia, therapists are taught to screen for it. He submitted this opinion for publishing in 2008.

As of 2018, according to experts we spoke with, there still exist no clear-cut means of diagnosing gaming addiction as a standalone disorder. This is important because nearly all other develop nations have a classification for internet or gaming addiction, in its various forms, and treat it as a legitimate condition. The World Health Organization (WHO) even included internet addiction in the 11th edition of its International Classification of Diseases (ICD) manual earlier this year, defining it as:

Gaming disorder is defined … as a pattern of gaming behavior (“digital-gaming” or “video-gaming”) characterized by impaired control over gaming, increasing priority given to gaming over other activities to the extent that gaming takes precedence over other interests and daily activities, and continuation or escalation of gaming despite the occurrence of negative consequences.

An inability to classify the disorder in the US is just one such example of how the government is failing to combat it. It also underlies how behind our leaders are in coming up with a response plan to treat it if, or when, it should reach the same proportions as Korea’s addiction crisis — which many experts believe will play out on US soil sooner, rather than later.

In South Korea, the country not only has a classification it has a plan.

In 2011, it passed the controversial Cinderella Law, also known as the Sundown Law. The law prohibits any minor from playing online games, whether on their own PC, a handheld device, or in a PC bang, between midnight and 6am. Before its passage, all bets were off as to how long minors stayed in bangs at night, or when their weary fingers succumbed to the weight of a handheld device before drifting off to sleep.

“I play for 20 hours per day,” Choi Kyung Seo, a South Korean teen told Australian media outlet SBS. He then admitted that he routinely stays up past 4am to play, and games for 10 to 14 hours on most school nights. Now, Seo, and other Korean teens have to register their national identification cards to be monitored by government officials, a move that effectively locks Seo out of his favorite pastime during certain hours. Or, that’s how it’s supposed to work, anyway. Many proponents, including major players in the Korean gaming industry, argue that it infringes on players’ rights and yields no positive results. Players can, as you might guess, just use someone else’s identification to bypass the ban.

It could also prove highly ineffective for anything other than curbing addiction in school-aged children. As Cameron Adair, founder of the online support forum GameQuitters noted, these kids aren’t the biggest problem. “Kids get the headlines, but it’s young adults who are struggling with the issue the most,” Adair told TNW. He says most of the members on GameQuitters are 18 to 24, college-aged young adults who are free, perhaps for the first time, of parental influence.

Counseling might offer the best solution. Seo, and about a dozen of his peers, were among hundreds who attended a state-funded treatment facility called, perhaps ironically, the “Internet Dream Village.” The village offers counseling and an intensive 12-day bootcamp that requires attendees to lock up their mobile devices and gadgets, and forego WiFi. The goal, camp counselor Shim Yong Chool told ABC, is to “teach [the teens] to self-manage their emotions and the desire to use the internet so they continue to use [electronic devices] when they go back home.”

The camp is one of a number of new initiatives in Korea, all funded by the government, and aided by endowments from the nation’s largest gaming companies. Treatment is free and available to anyone who requests it.

In the US, these options simply don’t exist. And where they do, it’s a mixed bag. Few therapists are equipped to handle video game addiction, as most still don’t recognize it as a real condition. Some of these under-qualified (or even unlicensed) individuals are now positioning themselves as experts in a condition that, according to the American Psychiatric Association, doesn’t exist. These are the snake oil peddlers commonly reserved for daytime television.

So what does that mean for the US? It’s hard to say, but according to experts in the space, like Adair:

Best case scenario we are completely unprepared for the tsunami of gaming addiction that is coming. I regularly speak in the United States and around the world to mental health professionals (counselors, psychiatrists, psychologists, and the like) who frantically take notes trying to understand the issue.

As he puts it, the issue doesn’t have a simple solution. For gamers, the act of playing video games, obsessing about them, and deconstructing their every detail, is as much a part of their identity as their height or skin color.

“The number one question a gamer will ask when they want to quit is: ‘what else will I do with my time?'” he says.

In the Korean facilities, the answer is group therapy, physical exercise, music and art lessons, and other forms of cognitive behavioral therapy — an attempt to reprogram the brain by giving it other things to fixate on, essentially. One of these camps, The Riding Healing Center, even teaches horseback riding and animal husbandry.

In the US, private clinics are perhaps the best form of professional treatment, although nearly all of them are well out of the reach for the average gamer. One program, Washington-based reSTART offers 45 day intensive program for an eye-popping $26,000. And insurance? It’s of little help. In the US, mental health coverage ranges from prohibitively expensive to entirely unavailable. Because gaming addiction (or internet addiction) aren’t recognized as an actual diagnosis, good luck getting insurance companies to pick up the tab.

For a country fortunate enough to see how this could play out, the US seems unwilling to act in any meaningful way.

In Korea, the same scenario could cost the country an entire generation of young people, of lost productivity and marriages that never came to be. It’s the kind of crisis that puts a dent not only in GDP, but could lead to dips in population size, further compounding the problem.

It’s a problem Korea has gone to great lengths to combat and one the US, seemingly, doesn’t see coming.

Welcome to the brink. Now, watch your step.