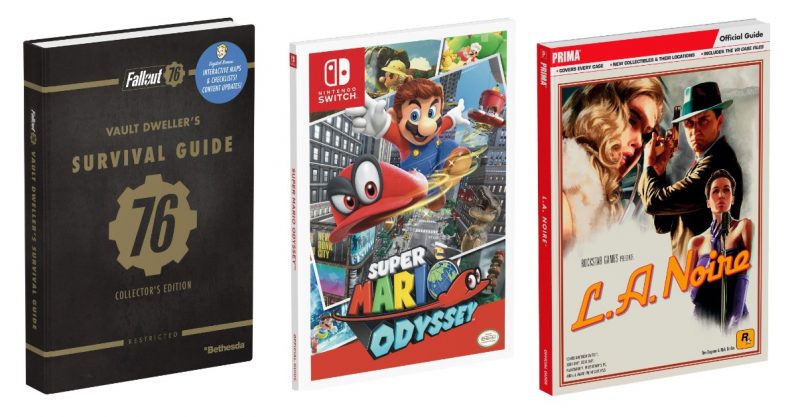 Reports today revealed that Prima Games, the company behind those strategy guides you see at every game store, was shutting down after almost three decades.

It’s the end of an era, truly. Prima game guides have been around since 1990. Originally famous for its massive print guides (I think I could have used the Skyrim guide to play Whac-a-mole), Prima had since branched out into digital guides and strategy guides. But apparently that wasn’t enough to keep it afloat.

According to an internal memo by Ian Hudson, CEO of parent imprint Dorling Kindersley:

During a year-long extensive review, many new ways were explored to diversify Prima Games publishing; however, the dynamics for us of this fast-paced landscape have continued to prove difficult. This enormously dedicated team has made every effort to turn the business around, but challenging market conditions have unfortunately worked against them.

What, in this context, would have given a stalwart like Prima Games such competition? I would say its problems began when gamers began Googling their problems instead.

These days, anyone with a YouTube channel and a capture card can offer the same information to gamers as your average Prima guide, if not more. And if you search a particular problem with a game, you’re likely to come across a Reddit or GameFAQs thread that not only describes your exact issue, but how to fix it.

And why couldn’t Prima still conquer once it pivoted to digital guides? Likely because the market was saturated — not only can any random YouTuber post a competent video walkthrough, tips and guides articles can be found on just about every gaming website.

Heck, Red Dead Redemption 2 hadn’t been out a day when I started seeing a flurry of posts on my Twitter about “How to get the fastest horse” or “How to get Arthur Morgan the longest beard” and what not. Any little piece of info you would have cared to know about the game was disseminated online with lightning speed by just about everyone.

As sad as it is, the shuttering of Prima Games is probably not a huge surprise. The fact it managed to stay afloat this long is frankly impressive.

Prima will reportedly end operations completely by next spring.